This post is going to be mainly of interest to beginners, or those who are just starting to investigate their ancestral line that has taken them back to England or Wales from elsewhere. 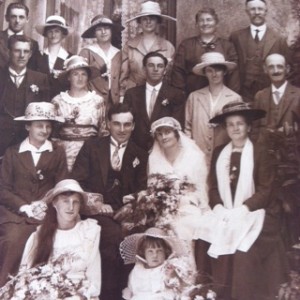 Many British people emigrated to start new lives in North America, Australia, New Zealand and other parts of the world.

Perhaps you have discovered that your ancestral trail has now led you to this particular part of Britain and you are now wondering how to find your English or Welsh records?

Some of you may have had ancestors who sailed away from England and Wales to start a new life beyond the seas, or indeed, even in Scotland or Ireland.

Perhaps you have traced your family tree back in your own, or another country, until you have found an English or Welsh immigrant who left before 1837, the beginning of Queen Victoria’s reign.

If this is the case then you will not be able to make a great deal of use of the English/Welsh census collections, or of the civil registration indexes to order birth marriage or death certificates for your ancestors. These records begin in Victorian times.

But that does not mean that all is lost, as before this time the Established church (Church of England) acted as an arm of local government and was charged with keeping records of the populace.

Before 1837, baptisms, marriages and burials were kept in local registers maintained by the local parish church and also by some of the nonconformist churches.

Many researchers, looking for their ancestors from the British Isles, find that there is a whole lot of information out there on the web for the years back until they reach 1837. Then it just seems to get harder for us with English and Welsh ancestors.

1837 is the year when civil registration started in England & Wales, with the state taking over from the established church the registering of vital records.

You may have been amazed at the ease with which you had found later records of your ancestors on the subscription websites. But then, as you go back before the census records and the government run data for Births, Deaths and Marriages, you will have found that not all of the genealogical records that there actually are have made it on to the internet. Now this situation is getting better all the time with new Parish Record data sets being uploaded to the various big genealogical subscription sites.

As a rule, most original Parish Records can be found in the relevant County Record office for your ancestor’s parish, or in a few cases the incumbent minister may still have retained them at the parish church (if the books are not yet full).

You need to firstly establish where in the country your ancestor came from. A family bible or some other document may point you to a particular part of England or Wales. Look for town and the county that they were born or lived in, as you will need this information in your research. If you can narrow it down to a parish then you are off and running! 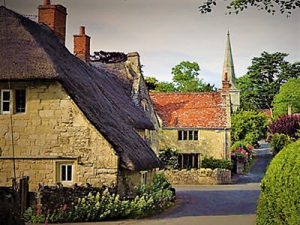 Assuming that you have found out which county your forebears lived in, how do you decide which parish your ancestors may have been in?

Well this is the value of getting hold of Parish maps for the relevant counties that you are researching. These maps will not only show the boundaries of each parish, but also those of the adjacent parishes, which can be extremely useful for tracking those ancestors who tended to move about!

Phillimore’s Atlas (The Phillimore Atlas and Index of Parish Registers) is the go to resource. Many libraries will have a copy of this or you can find it online at amazon.

These records are fantastic for family historians to use as recorded in the ancient pages of church registers are millions of people who we would simply never have been able to find where it not for the existence of these parish documents.

We all need to say thanks to the many clergy and parish clerks who had dutifully but, perhaps grudgingly, spent time writing up these entries and recording the precious information on their parishioners as they came to church to baptise their young, marry each other and bury their dead. Yes it was set down in law that they should so do, but we still should thank them for it!

Apparently, until the late 15th century only a small number of people were even remotely interested in the recording of births, baptisms, marriages and deaths.

Those that were would have been mostly from the landed classes of the gentry and the aristocracy for whom knowledge of family descent and line was important. Their interest stemming from having information to do with the inheritance of and the passing on of their land. Who should inherit property meant that the matter of legitimacy needed to be considered by the great and the good!

For the rest of society there was little need for this information, in light of church teaching that people were individually insignificant in God’s Creation. But come the end of the Middle ages, things changed.

The Church became occupied with the blood relationships between parties at a marriage. Marriage between relatives (even those related to you spiritually – such as your godparents) was forbidden by the Church. Certainly it had become most useful to know who you were related to and it was evidently most important for the Church to be able to have this information.

We can thank King Henry VIII’s Chief Minister Thomas Cromwell for requiring English parishes to keep a register from 1538, though many of these early records have been lost to us.

Most of those later ones that have survived are now housed in local diocesan archives, very often at a local County Record Office. Some diocesan archives may be in a neighbouring repository when the dioceses spans more than one county – so watch out for that in your searches!

As is always the case in family history research, you are advised to check the originals, or at least try to look at the microfiche or film copies of originals if you can.

We are lucky in that some of the parish records are being released online, but there are still areas that require a trip to the local County Record Office as not everything is digitised yet – as I found out recently when looking for one of my ancestors from Berkshire!

I am spending a lot more time trying to find Parish Records these days and it is refreshing to see that more are making it onto the internet.

Take, for example, the two major sets of records that consist of data for generations of residents of Liverpool that Ancestry.co.uk released in April of this year. Three million Roman Catholic and Church of England baptism, marriage and burial records, fully searchable is a fantastic resource for those family historians researching in this major English city.

The Liverpool Catholic Registers, 1750â€“1900, span 150 yearsÂ  and contain 1.6 million Catholic baptism, marriage and burial records. These will be of particular interest to the 136,0002 Liverpudlians today of Irish descent.

The 1.8 million Liverpool Church of England Parish Registers, 1659â€“1974, will equally be a significant resource for those tracing ancestors from the Protestant community of Liverpool. When one has got back before 1837 and the time when Civil Registration came in, these Parish Registers are the best way to find births, marriages and death records. No doubt this data set will really help people to trace their northern ancestors back to the 17th century.

The records, contained within these two particular collections, span over four centuries and witness the development of Liverpool from little more than a small town in the 1600s, to one of the UKâ€™s largest and most culturally diverse cities.

It was during the 17th and 18th centuries that Liverpool’s population steadily grew. Come the 19th century, Liverpool expanded to become the second port of Britain and also one of the major centres for the trading of cotton, the importation of food and raw materials, the exportation of manufactured goods, coal, the insurance industry, banking and, of course, shipping.

The release of a database for a city such as Liverpool, with its many parishes, will allow family historians to search many parish records at once, a valuable time saver. The fact that people will be able to see digital copies of the original records is also another significant plus point for this Parish Records release on the internet. Not having to rely on transcriptions is a real bonus for researchers. Looking forward to more such releases in the future.