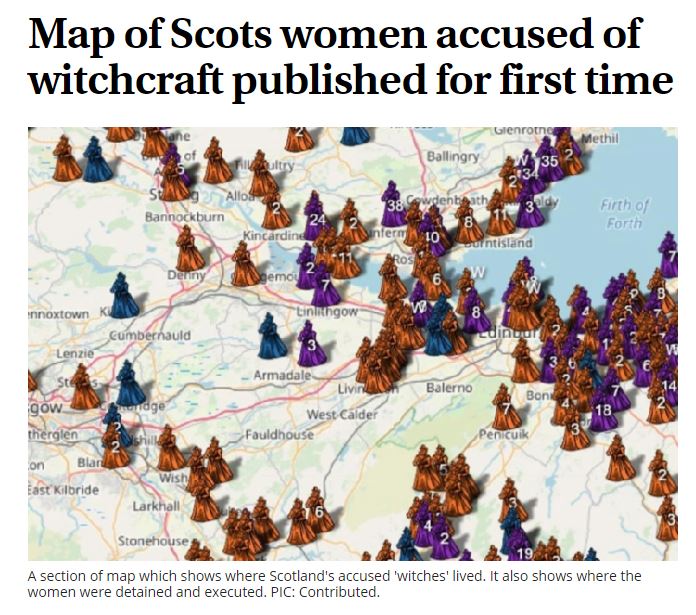 Sadly, in the past, any one that was a bit different from the norm would be looked at with suspicion. In the 1500s and 1600s the danger for these poor people was that they would be accused of being witches and possibly face death at the stake!

Now The Scotsman, Scotland’s national newspaper, has published an article about a new map that enables us to track more than 3,000 Scots women who had been accused of being witches in the 16th and 17th Century. If, like me, you have ancestors from Scotland you may like to check out the areas where your forebears came from. While I didn’t find anyone whom I know to be an ancestor it chilled me to think that my kith and kin around Yester in East Lothian and Aberdour in Fife could have witnessed these witch-hunts.

The interactive document has been created by data experts at the University of Edinburgh.

Read the rest of the details on The Scotsman’s website