A collection of over half a million unique Parish Records has been added to TheGenealogist.

These cover the counties of Essex, Kent, Leicestershire, Monmouthshire and Worcestershire. The new online records offer invaluable records of baptisms, marriages and burials dating from the 1500s to the late 1800s from Anglican parish registers. The records are a great tool for those people looking to track down early ancestors before civil registration.

The latest releases bring the total to over 2 million parish records already added in 2014 with more to come. Fully searchable and clearly transcribed on TheGenealogist, they provide hundreds of years of records helping you find those early ancestors to further extend your family tree.

Mark Bayley, Head of Online Content at TheGenealogist remarked: “With Parish and Nonconformist Records it is possible to go back so much further and you never know what new surprises or dramatic events you may uncover in the records. We are continually adding more records to our already extensive collection throughout 2014.”

Discover surprising details that can be found in the Parish Record collection.

Many of the records are rare, historic parish records, published online for the first time and offer us unexpected information of dramatic events at the time. In the latest records, we find details of one of the protestant martyrs in the 1500s. 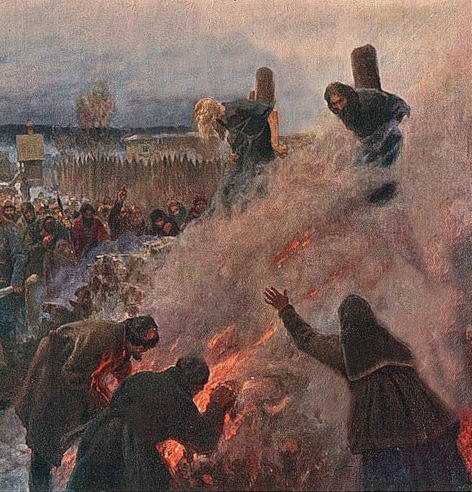 Protestants in England & Wales were executed under Queen Mary I with legislation that punished anyone found guilty of heresy against Roman Catholicism. The standard penalty for treason was execution by being hung, drawn and quartered. In this case, however, the punishment of  “burning” was used for those found guilty of not being of the Catholic faith.

At least 300 people were recognised as martyred over the five years of Mary’s reign, causing her to be known as “Bloody Mary”. The name of one of the world’s most popular cocktail drinks is also said to be named after her!

A number of the executions were carried out in the county of Essex including that of linen draper, Thomas Wattes from Billericay, whose wife Elizabeth is found in the new parish records. Here we see the burial record of Elizabeth Wattes in the parish of Great Burstead on TheGenealogist. Her record describes her husband as a “Martyr of God” with the added extra note in the record giving details of his death- “The Blessed Martyr of God who for his truth suffered his martyrdom in the fire at Chelmsford.” 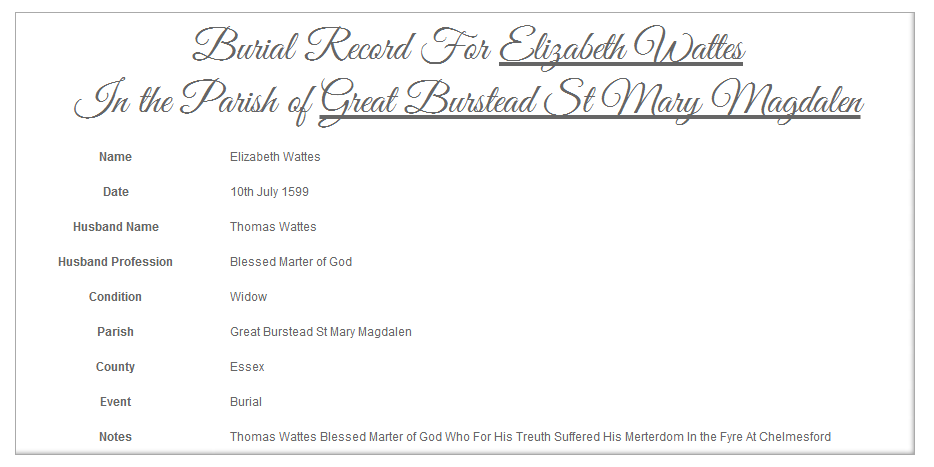 Robert Cromwell appears in the new parish record sets buried in the parish of Felsted in Essex, son of Oliver Cromwell. Robert was the eldest son of Oliver and Elizabeth Cromwell and he died whilst away studying at school at the age of 18. Here we find a copy of his burial record from 1639.

The Genealogist site has an extremely comprehensive collection of data sets, which are ever growing. Their ability to react quickly to their customers was demonstrated to me only this week when I had a problem resolved by them within minutes of me bringing it to their attention.

At a time when social media is full of complaints about the functionality of other genealogical data sites, I’d recommend you take a serious look today at what is on offer from TheGenealogist