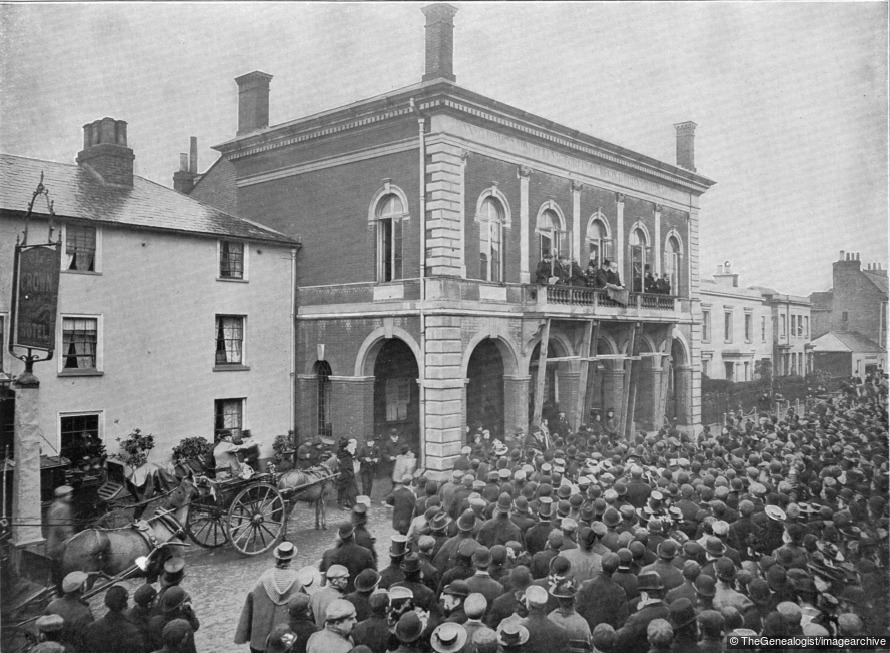 TheGenealogist has just released 116,218 records into its ever growing Poll Book Database. This useful resource for family historians can be used to find ancestors residences from the period before the census collection. The newly released Poll Books range from 1705 to the 1830s, joining records covering periods between census years.

The database allows researchers to:

The records cover 18 different registers of people who were entitled to vote in between 1705 and the 1830s and covers constituencies situated in Abingdon, Bristol, Hampshire, Somerset, Suffolk, Maidstone, Norfolk, Northamptonshire, Worcestershire and York.

These records have been transcribed by volunteers on the UKindexer.co.uk website which brings benefits to the volunteers as well as the wider family history community.

They join the millions of electoral resources on TheGenealogist which include Electoral registers, Voters lists and Absentee Voters.

To coincide with the announcement of a UK general election in June, TheGenealogist has released over 100,000 Parish Records and thousands of voter records on its website.

In time for the snap general election, TheGenealogist is adding to its Polls and Electoral records by publishing online a new collection of Poll books ranging from the late 19th century to the early 20th century.

These new records released today offer a tantalising snapshot of our ancestors interaction with the Church and the State of the past.

The records cover 35 different registers of people who were entitled to vote in Wakefield, West Yorkshire and other constituencies situated in Hampshire, Gloucestershire, Somerset and New Westminster in Canada. These have been added to our Poll and Electoral Roll collection covering millions of records.

At the same time TheGenealogist continues to expand its vast Parish Record collections with the addition of 100,000 new individuals added for the County of Worcestershire and additionally the Registers of the Parish Church of Rochdale in Lancashire that covers the period between 1642 and 1700.

Also being released at this time are some records that will take the researcher all the way back to ancient times!

The Roll of Mayors of the Borough and Lord Mayors of the City of Leicester records the names of men holding that office from between the 10th year of the reign of King John in 1209 and all through history to 1935.

The Worcestershire Parish Records were added through a partnership with Malvern FHS while the electoral records are taken from the official lists produced to record who was entitled to vote in the various parliamentary elections.

To search these and many other records on TheGenealogist, go to: www.thegenealogist.co.uk

Disclosure: Compensated affiliate links are used in this news item

Most users of the main genealogical subscription sites will probably use the census data sets and birth marriage and death records and pretty much nothing else.

This is a real waste of their subscriptions as there is so much else to be plumbed from these treasure troves.

I was looking at the amazing full colour pdf images of wills on TheGenealogist.co.uk this week and also at the Register of Landowners, completed in 1873, that is something like the Griffith’s Valuation lists for Ireland, but for Britain instead. In this database you can find the names of owners of, or those that rented more than an acre of land in England, Wales and Scotland.

TheGenealogist.co.uk also has a set of poll books for various counties of England and Wales, and, for those of you that wish to delve back further than the 17th century and who have landed gentry in your line, there is the heraldic Visitations.

The Poll books give names, addresses, occupations and show how people voted in the election. The Poll Books that are available on TheGenealogist pre-date the census records and go back as far as the 1700s, making them a valuable resource for family historians.

Heraldic Visitations began in 1530 and were tours of inspection undertaken by Kings of Arms in order to regulate and register the coats of arms of nobility and gentry, and to record pedigrees. By the fifteenth century many families were adopting coats of arms as symbols of wealth and power but not all had a legitimate claim to them. As surviving visitation records include pedigrees and often the evidence that was used to prove these, including family details, background and ages, their records provide important source material for genealogists.

Visitation Records are currently available for individual counties and the whole of England and Wales, with years ranging from 1530 â€“ 1921.

Another specialist set is the List of Bankrupts with Their Dividends 1786-1806.

This is just an example of a few of the data resources that can so easily be missed by the family historian, and we are talking of one example of a subscription website here!

The hundreds of other databases to be explored within the other sites such as Ancestry, findmypast, the Origins.net and so on that so many do not use, is staggering.

Disclosure: The Links in the above are Compensated Affiliate links. If you click on them then I may be rewarded by The Genealogist.co.uk should you sign up for any of their subscriptions.

I’ve been to London this weekend and, on Saturday, I attended a great course at the Society of Genealogists on My Ancestor Came From Devon given by the society’s Genealogist Else Churchill.

Over the afternoon we were introduced to what we would be able to find in the library at the SoG in Charterhouse Buildings and where to look on the internet for Devon sources.

The talk encompassed sources for beginners to beyond and if you can’t make it down to Devon itself and find getting to London easier, then what is available at the SoG really is a good alternative for anyone who, like me, have Devonian ancestors.

I shall be returning to this lecture in a future post, but today I’d just like to mention some of the resources that were highlighted by Else Churchill.

The Society of Genealogists has registers for about 10,000 parishes. It houses published indexes and finding aids including the Devon FHS publications and also has many transcripts and indexes in microfilm and CDs.Â  There are various trade directories spanning from 1783 to the 1930s in the library and poll books particularly from Exeter and Plymouth.

Many of us subscribe to one or other of the subscription sites, but very few of us can afford to belong to more than one or two. Well that is where a visit to the SoGÂ  can be useful as they have free access to a number of the pay per view websites so allowing us to do searches on the sites that we don’t subscribe to ourselves. This is an important resource for the family historian, as often the way the database has been transcribed can have a bearing on what you are able to find on one over another. So if you have hit a brick wall and can’t find a forbear on one site then it is worth looking on another. Also one may be stronger for the counties that you are interested in. Findmypast turns out to be particularly good for Devon.