Its always a pleasure, for those of us researching our family tree, when a new set of records are released and today I’ve heard from TheGenealogist about a couple of new data sets that they have added to their ever growing website.

The theme is how the professional occupations played their part in the Great War – Unique Lawyer and Electrical Engineer War Records now available to view on TheGenealogist.

I will let them explain the details… 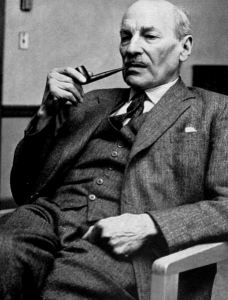 As part of its continuing commitment to add specific and unique research material to its collections, TheGenealogist has now added two unique record sets relating to professional organisations and their members during World War One. These two long established professions significantly played their part in the Great War. As their members contained some of the most skilled and talented professionals in their field, many became officers and casualty rates were high.

The Honourable Society of the Inner Temple is one of the four London based Inns of Court for the law profession and has been a separate legal society since 1388. Offering accommodation to practitioners of the law and their students with facilities for education and dining, the organisation proudly produced commemorative records of their members between 1914 to 1918. The information includes their regiment, rank and if they were injured, killed or missing in action. The Inner Temple list includes the record of future prime minister, Clement Atlee who was called to the Bar at the Inner Temple in 1906. He served as a Lieutenant in the South Lancashire Regiment and was the penultimate man to be evacuated from Gallipoli. He was later seriously wounded in Mesopotamia before serving in France. His war service helped shape him into a distinguished prime minister who presided over a radical, reforming government.

The Institute of Electrical Engineers (The IEE) was founded in 1871 and became the professional organisation for all electrical engineers. Pioneering developments in electrical engineering, itsâ€™ members were at the forefront of technical advancements in the early 1900â€™s and included many talented engineers.

The IEE war records are a tribute to members who died in the War. A number of promising engineers lost their lives and the records give an in-depth biography into the background, education, engineering career and war service, including details on how they sadly died. Many of the records come with a picture of the member commemorated as in the case of this â€˜studentâ€™ member featured below. 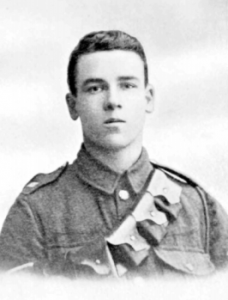 Second Corporal Charles Burrage, who had been awarded the 1st Class Diploma for best 3rd year student in Electrical Engineering at Battersea Polytechnic, he gave up his job to join the Royal Engineers and was posted to France in 1915. During the Battle of Loos he won the Military Medal for bravery in maintaining telegraphic communication between the front and headquarters. He was killed shortly after in an attack on German positions.

Many educated professionals were chosen for their intelligence and leadership skills to become junior officers. Casualty rates were high as these young officers were often at the forefront of the attack.

Mark Bayley, Head of Online Content at TheGenealogist comments: â€œUsing our ancestorâ€™s occupations can lead us to find more information about events that happened in their lives. Here weâ€™ve used their membership of professional organisations to find out more about their war service and heroism in the First World War along with autobiographical information. Itâ€™s a great source that can really boost our knowledge of an ancestor.â€