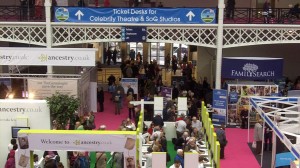 Welcome to Olympia’s Who Do You Think You Are? LIVE show

I’ve been going to the Who Do You Think You Are? Live show for a few years now and except for one, where the weather conspired to keep me away with thick fog marooning me in Jersey for days, I have seen the show go from strength to strength.

I love the mix of experts to consult, the varying subjects of the talks in the different theatres, the the range of family history exhibitors and the whole buzz of the show.

Tickets have gone on sale at their website and they have announced a number of exciting exhibitors new to the show, giving the visitor even more ways to explore their family history. Perhaps I could just draw your attention to the one at the bottom of this list, as the name may seem familiar?

Of course you don’t have to wait until the show to take advantage of my Family History Researcher Academy course on English and Welsh Family history as there is a banner ad on the right hand side of this very blog!

As for WDYTYA?LIVE, New exhibitors will continually be added in the run up to the show so don’t forget to keep checking to see who is going to be there at: http://www.whodoyouthinkyouarelive.com

Lives of the First World War

Just heard this news from brightsolid…

Lives of the First World War will hold the stories of over 8 million men and women who served in uniform and worked on the home front. It will be the official place for communities across the world to connect, explore, reveal and share even more about these peopleâ€™s lives.

This innovative platform will bring fascinating records from museums, libraries, archives and family collections across the globe together in one place. The team behind Lives of the First World War are working with national and international institutions and archives to make this happen.

Over the course of the centenary, Lives of the First World War will become the permanent digital memorial to more than 8 million men and women from across Britain and the Commonwealth – a significant digital legacy for future generations.

The platform will go live later this year, in time for the start of centenary commemorations from summer 2014. Further information, including a short film about Lives of the First World War can now be found at www.livesofthefirstworldwar.org.

Diane Lees, Director-General of IWM said: â€œThe Imperial War Museum was established while the First World War was still being fought to ensure that future generations would understand the causes and consequences of the war and to remember the men and women who played their role.

â€œNow that the First World War is outside living memory, we are the voice of those veterans and the custodians of their stories â€“ which we can now tell through Lives of the First World War. We will be encouraging people of all ages, in all communities to join us in this project to actively remember these men and women.

â€œI am delighted that IWM will be working with brightsolid. Their focus on innovation, their specialism in telling stories and making history accessible along with their international reach makes them our perfect partner on Lives of the First World War.â€

Chris van der Kuyl, Chief Executive of brightsolid, said: â€œWe are proud to be working with IWM to create a digital memorial that will be an enduring and fitting tribute to the men and women of the First World War. I am sure that as the centenary approaches, members of the public will deepen these stories by uploading their own content in order to create a rich narrative tapestry for every man or woman whose life was shaped by the War.

â€œThe UK has an incalculable wealth of historical archives. Institutions like IWM are world leaders in making those records available online to millions of people worldwide. We are only beginning to realise the cultural potential of these archives.â€

brightsolidâ€™s partnership with IWM consolidates its position as a private sector partner for leading public institutions digitising historical archives. The Group recently launched the British Newspaper Archive in partnership with the British Library, embarking on a project to digitise, and make fully-searchable, up to 40 million historic pages from the national newspaper collection over the next 10 years and has previously delivered the highly successful 1911census.co.uk project in partnership with The National Archives (TNA). In addition, brightsolid is the private sector provider for ScotlandsPeople, a partnership with National Records of Scotland and the Court of the Lord Lyon that serves an integrated online portal for Scottish genealogy records dating back to 1538. 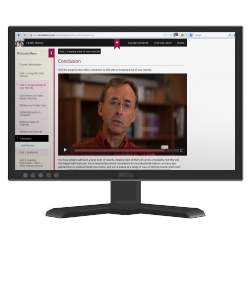 I’ve been road testing a family history course aimed at beginners this week from Love to Learn. It focuses on informal learning for people beginning to research their family trees and is extremely accessible for active seniors and adult learners with a computer.

The courses are designed for those who enjoy discovering new interests and acquiring knowledge â€“ people who, as the name implies, love to learn.

I liked the video introductions and the multiple choice review at the end of each module.

Love to Learn is the UKâ€™s first dedicated website that offers a wide range of online courses for adults who want to keep learning, in an informal way, in their own time, at their own pace.

How can it help you?

Two of its most popular courses help to trace your ancestors and build up a visual record of their old photographs. These are:

Scanning and Editing your Old photos and

This beginnersâ€™ online course helps you start exploring a fascinating field that, as most of you have probably already found, soon becomes a passion. It enables you to research your family history using internet resources including census, military and parish records.

Most people can trace their family back several generations, and some of us can even go back hundreds of years. However far you go, if you are just starting out, or know someone in this category, then this may be the perfect way to start discovering familyâ€™s stories.

The course is run in partnership with the experts from Imperial War Museums and Ancestry.co.uk and is led by history author and former teacher, John Child, its video tutor, and draws on his Johnâ€™s own experiences of researching his ancestors. Mel Donnelly of Imperial War Museums has researched family and military history for 20 years. She helps you find out about people who fought in the British Army.

As you learn youâ€™ll create your personal album for your familyâ€™s enjoyment and fascination. The course costs Â£38.00 and provides eight to ten hours on online learning. For more information, please go to http://www.lovetolearn.co.uk/family-history

Â Disclosure: I was supplied with a complimentary copy of this course to review by the publishers, but with no conditions attached.