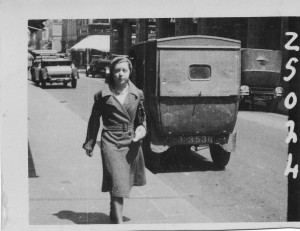 Being rather close to the continent as it is, Jersey has had more than its fair share of unwelcome visitors. The French invaded in 1781 and the brave Major Pierson beat them back but died before the end of the battle: the artist John Singleton Copley painted the scene (some years after the event) and the resulting picture is one of Jersey’s iconic images.

The years that followed this were uncertain ones, and the uncertainty became worse after the French Revolution. There was a real concern that the French would try again. But at the start of the 1800s, General George Don was appointed as Jersey’s Governor-General.

General Don put in place a massive programme of fortification works and new roads, and alongside that he carried out two censuses in 1806 and 1815 to track where the able bodied fighting men were. In addition to this, the censuses recorded the sizes of the households and the number of women, girls and under-aged boys.

Transcripts of both censuses are kept at the Archive. They were originally transcribed in the original format, names by parish and vingtaine, but there is also a single combined list of names for the 1815 Census. It gives an indication of the position of the listed man of the household and whether he was an ordinary soldier, or a drummer, or providing a horse.

Alongside the local militia forces, the British army maintained a significant garrison in Jersey right up to the Second World War. Its main sites were at Elizabeth Castle and Fort Regent, and regiments rotated in and out regularly. The Army doesn’t maintain a single definitive list of which regiments served when in the Jersey garrison, but there are partial lists compiled by CIFHS members in the Archive. There are also a small number of baptism, marriage and burial records which were kept specifically by the garrison rather than the parish of St Helier – and these may be worth a look.

Nearly at the end. The next post looks at what you can get from books, newspapers and photographs – until then,  à bientôt!