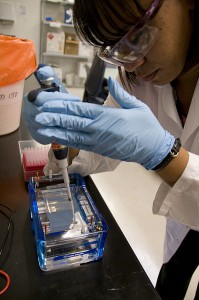 Many of us, researching our family trees, come up against the inevitable brick wall of forebears that don’t appear in the documents in the places where we expect to find them. Sometimes this can be because they have been recorded, but the spelling of the name differs each time an official makes an attempt to write it down.

Brick Wall buster tip 1. Can’t find anyone of that name? Try searching for variants as in the past spelling was not an exact science.

This week I was revisiting my ancestors who married in Gloucester and then went on to have a daughter baptised in Devon that eventually married a Thorn and so perpetuated the Thorn/Thorne line that leads down the tree to me.

One of the problems that I have with this branch is that they were not literate and had no idea of how to spell their surname. The evidence is in the parish register for Dartmouth, where I first pick up the female line. Both parties, to the marriage between the Thorns and the Sissells made their mark and did not sign. The register gives me the name of the father of the bride as James Sissell as he makes his mark as a witness.

Elizabeth Gardiner Thorn, as she becomes on her marriage, is eventually buried in Dartmouth and I can trace her in the census records and on her death certificate as having been my 2x great-grandmother, from the names of her family in these records. This is how I know that I am investigating the correct person.

Researching the christening of Elizabeth backwards, in the IGI on familysearch.org, I find that she was given the name of Elizabeth Gardiner Sissill and I also find the marriage of a James Sysal to a Sarah Gardiner in 1780 in St Nicholas’ church Gloucester. 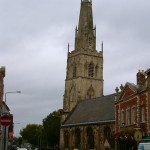 So now I have three versions of the spelling of their surname, Sissell, Sissill and Sysal, but it is only the beginning!

I found that Elizabeth had a brother, Thomas, though at his christening the vicar entered his surname as Sizzall in the parish registers.

Turning my attention to the deaths of Elizabeth’s parents – as any good family historian always will try to kill off their ancestors – I have only just had some luck after my visit to the Devon Family History Society’s Tree House in Exeter and to the County Record Office to look at the microfiche copies of parish records.

I had no idea if James and Sarah had remained in Dartmouth of whether they had moved on, or even back to Gloucester.

With the aid of the various printed booklets of transcripts, from the DFHS, I was able to identify a Sarah Sisell (the fifth version of the surname) buried on March the 17th 1831 in the St Saviour’s burials transcripts and a James Saissell (sixth version of the spelling) buried on the 5th January 1835 in St. Saviour’s Dartmouth. Then I could look at the relevant microfiche copy of the register, in the County Record Office, to confirm the transcript was correct.

Spelling was so much more fluid in our ancestor’s day. Indeed the words “Burials” “Marriages” and “Baptisms”, at the top of the pages in the very same register, changed form throughout the different years!

I can only assume that all the variants of the surname, as recorded above and said with a West Country accent, could have sounded much alike to the hapless vicar whose registers display the fact that spelling was not fixed, as it has become today. 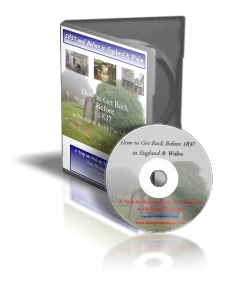