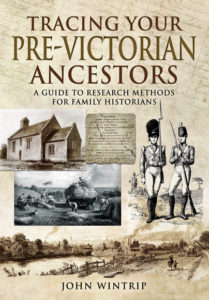 I’ve been reading Tracing Your Pre-Victorian Ancestors by John Wintrip this week and I am impressed!

It is a book aimed at the more advanced family history researcher, those people whose research has taken them back to the early nineteenth century in England and Wales and are now discovering that it is a bit more difficult to go back further.

The author examines online services, repositories, archives and the catalogues that exist for these. He also encourages his readers to look at factors that can influence the outcome of their research, to be aware of their ancestors’ wider family and to use a variety of resources and search tools when tackling the problem of tracing back before the Victorian period and its civil registration and census records.

As someone who is passionate about family history I found John Wintrip’s book to be a very stimulating read.

In the years that I have been building up my own knowledge of family history, in some cases I have learnt which record to use and perhaps that the record was set out in a particular way, but without ever being told why it was so. As I read more and more of the pages of this book I found myself increasing my own understanding of the whys and wherefores and the number of ‘light-bulb’ moments occurred when it revealed some of the fascinating details of why records are the way they are made.

The author makes a great case for researchers to expand their ‘External Knowledge’, where this helps to understand a record or what records we may use to chase after our ancestors.

For example, I have known for many years that ancestors’ names can be written down how they sounded to the clergyman, especially when our ancestor couldn’t read or write. I was aware that we should bear in mind the local accent, but I hadn’t attached much thought to the fact that the clergyman may have been from a different part of the country altogether and so unused to the local way of pronunciation. Reading this book has made me realise why I have been telling people to think about how a name sounded!

While on the subject of Vicars; I knew that Church of England incumbents may well have had more than one ‘living’, having a curate in place to look after the parish where they did not live. But I had just not considered the fact that the ‘livings’ may have been many miles apart, even in different parts of the country!

Then there was the Militia. Before I read this book, I did know a little about the part-time local force, but that information has now been considerably fleshed out after reading a case study involving a pensioner sergeant. I had forgotten, for example, that in peacetime the sergeants were appointed to permanent posts and sometimes received pensions for long service that may have created a record. That they may have been posted away from their original town, or village, to a full time position at the militia headquarters and thus their wife may hail from that town and their children would be born there.

I was reminded that an illegitimate child could be referred to as a ‘bastard’ in the church registers, or as a ‘natural born’ son or daughter when they were acknowledged by the father. In my family, if we go back into the 17th century, we have a ‘natural born son’ who is gifted a parcel of land from his father’s holding and thus could be seen to have been acknowledged.

Other revelations from reading this book, that some may find interesting, include how the change of the meaning of the title ‘Gentleman’ took place between the early 18th century and today. Family historians should also know that Mrs came from the word Mistress and was not always a prefix for a married woman, but had once identified the status of a person. This could be very useful to help identify which of two similarly named women in an area was the member of your family.

John Wintrip also reminds his readers of the different meanings that were once attached to the occupation of Clerk, Pensioner, Commoner and Invalid – very different from the modern meanings.

I have been greatly stimulated in reading this book as it has reminded me of facts that I had learnt and long since forgotten; taught me new ones; and made me think about the sources and the specific records that I may use when tracing my pre-Victorian ancestors. With a wider knowledge of the historical context, a researcher can often make progress in finding their ancestors. John Wintrip focuses on how to do the research and also gives his readers some of the practical steps that can help them to break down their brick walls.

Disclosure: Compensated Affiliate Links are used in the above 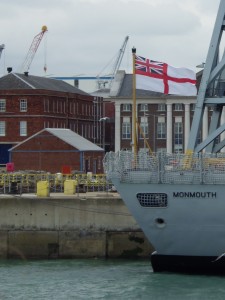 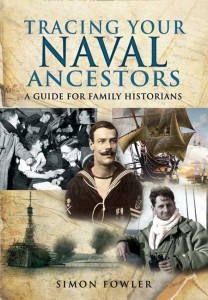 So this week, in the British Isles, saw Waterstones Booksellers launch the Kindle readers in their shops across the country. In my branch in St Helier, Jersey there is a great new display point and I was drawn immediately towards the Kindle Fire HD. I love the way it looks and the way it works! So much so that I got my debit card out and bought one there and then.

With these devices making more of an inroad into the way that people shop for books and read them I thought that it was timely for me to take a look at what family history titles are available from the Amazon Kindle store.

First offÂ  I found that Peter Christian’s The Genealogist’s Internet is available. I’d seen it reviewed in Your Family Tree magazine in only the last month with a recommend that every family historian should have a copy either in Kindle form or in physical book.

It is a practical guide which thatÂ  is great for both beginners and more experienced researchers to use as it explores the most useful online sources and aids its readers to navigate each one. The Genealogist’s Internet features fully updated URLs and all of the recent developments in online genealogy.

This is the fully updated fifth edition and it carries the endorsed by the National Archives. Covering

Â·Online census records and wills, including the 1911 Census

Â·Information on occupations and professions

Peter Christian’s book also includes the impact of blogging, podcasting and social networking on family history research, that allows the family historian to seek out others with similar research interests and so to share their results. Whether you want to put your family tree online, find distant relatives or access the numerous online genealogical forums, discussion groups and mailing lists, this book is a must-have.

For a selection of other Kindle books, including my own, head over to amazon.co.uk and take a look at these: Must Have Family History Books