We all know that in today’s new economy people are getting themselves into debt. Worse still, for some, is the prospect of going bankrupt. It may seem that bankruptcy is a modern phenomena, well it isn’t. Getting into debt was also a common problem for our ancestors as well. As we all love a skeleton in the cupboard, just how can we find out if one of our family has had the problem to face back  in the Britain of the past? It would seem that we may be able to find out more online.

In my research into my family tree I remember chancing on some family notes that, on face value, seemed to identify one of my ancestors as having been a partner in a business enterprise that had failed. To start with I had had no inkling that my forebear, in question, had even been a merchant, so to learn that his enterprise had eventually hit the rocks was an interesting nugget of information in itself. As a bookseller, myself, and having read the Charles Dickins novel called Little Dorrit, which you will no doubt know is set in within a debtor’s prison, I wanted to find out if my own ancestor had faced being declared bankrupt.

In England, Bankruptcy goes all the way back to a statute of Henry VIII in 1542. The 1571 Bankruptcy Act brought about the idea that a bankrupt person would be able to settle their debts, by distributing what remaining assets they had, through independent commissioners. Up until 1705Â  the unfortunate debtor could never be discharged from bankruptcy and so the stigma would remain with them for ever!

Legally, Bankruptcy is a process in which a court official assumes charge of a qualifying debtor’s property so that a distribution can be made to the creditors of the debtor in a proportion to the sum that they are owed.

Only in the year 1869 was it that individuals who were not undertaking a business  of some sorts were able to become bankrupt. Before this date, ordinary people were known as being insolvent instead. These souls faced being sent to debtor’s prison and were not released until they had found a way to pay off their creditors. Bankruptcy, as such, applied strictly to people who were traders, that is those who bought and sold goods, or who worked some materials into things that they then sold.

District bankruptcy courts were first established outside of London from 1842. Then their jurisdiction passed on in 1869 to the County Courts. In the capital city the London Court of Bankruptcy was set up in 1869, before being absorbed into the High Court of Justice in 1883. Should you wish to find details of what’s available for you to search then I recommend taking a look at Access to Archives at http://www.nationalarchives.gov.uk/a2a/

Independent assessors, known as Commissioners, would determine if a debtor was eligible for bankruptcy or not. If they were satisfied that bankruptcy could take place, then they would publish a notice in the London Gazette declaring the debtor bankrupt. Also posted would be a list of potential creditors along with the dates set for meetings. The London Gazette’s archives are easily searched today on-line at www.london-gazette.co.uk. This is a fantastic resource  for any family historian hot on the trail of a bankruptcy. You are able to search the archives by date and name, then view a pdf image of the pages that your results have found. The London Gazette has been published since 1665 with a regular publication of bankruptcies stretching back to 1684 and also 1712 for insolvent debtors. Scottish notices can be found in the Edinburgh Gazette at : www.edinburgh-gazzette.co.uk

Other resources to consider are journals that published similar notices to the gazettes. These will include The Times; The Gentleman’s Magazine; Perry’s Bankrupt & Insolvent Gazette (1828-1861) and Perry’s Bankrupt Weekly Gazette (1862-1881). If you are looking for notices of bankruptcies in the County Court, then you will probably need to turn to local newspapers for the area in question. The British Library would be the place to look for these. Now we are also able to search contents of newspapers at http://newspapers.bl.uk/blcs.

Insolvent ancestors can be an interesting topic of research. Remember, however, that their hardship carried much more stigma than it does today. In modern times we can go into debt, declare ourselves bankrupt, or wipe out a huge chunk of our debt with the alternative Individual Voluntary Arrangement IVA. And yet none of us lives in the fear of being incarcerated in the debtor’s prison in the 21st century. 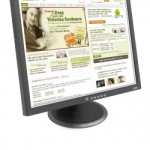