NEWS from Who Do You Think You Are? Live

A great new resource has been launched by TheGenealogist at this year’s Who Do You Think You Are? Live show which I am really excited about. I’m talking about the Tithe records. Below is the information released by the team at TheGenealogist.

For the first time you will be able to search over 11,000,000 records and view the original documents online. The Tithe Records provide a unique view into our ancestral heritage by providing details of ownership and occupancy of land throughout England and Wales, revealing a wealth of information about people, places and landmarks in the Victorian era.

These pre-census records can allow you to further your research at the click of a button.

The Tithe Records are the perfect accompaniment to Census and BMD records and offer an extra piece in the genealogical jigsaw to give a valuable social and geographical insight into the lives of our Victorian ancestors.

The introduction of the Tithe Commutation Act of 1836 meant records were taken, as with the Domesday Book, of the land ownership and occupancy, land use and sizes, and the rents to be paid. This affected everyone – from aristocracy to peasantry, from politicians to labourers all levels of the social hierarchy found their way into the Tithe Records to give us a fascinating snapshot of a period in English history.

This first phase at launch will reveal all tenants and landowners across England and Wales from over 11,000 parishes. This will provide the opportunity to discover whether your ancestors were landowners and how their land was put to use, or if tenants or occupiers, which plots of land they were living or working on.

The second phase of the project will link images of microfilm maps with the plot references. Launch due Spring 2014.

The third phase will digitise the large original maps in colour for each county at high resolution to enhance this unique resource. Launch due 2015.

Mark Bayley, Head of Online Content at TheGenealogist concludes: ‘This has been an exciting, major project for us. The records touch upon the lives of every family so they really are a must have for every family historian!’ 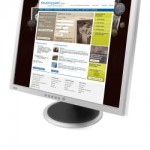 There’s a family tree in every home filing cabinet. In the past it may have tended to be written in scribbled handwriting in pencil or fading ballpoint. Now it is most likely to be on a professional looking template produce by a service such as Ancestry.com coupon Genealogy.

Every normal person has an interest in where he comes from. This may account for the natural affinity between grandparents and grandchildren. Children who have been given up for adoption at birth usually have a burning desire to discover their biological parents at some point in their lives. The instinct to search for family information seems to be linked to the human quest for knowledge using genealogy software coupons.

There is a fine line between ancestry and genealogy. Ancestry is concerned typically with distinguished or distinguished people. This might be the case particularly in Europe, but on other continents the term might be used with more spiritual connotations. Genealogy has a biological connotation and refers to the direct descendants of an individual or group. In general ancestry tends to move form the present backwards and genealogy moves from the past to the present.

Computer technology has made the compilation and use of data bases a great new way to manage data. Card catalogues that once occupied a number of rooms are now housed in a chip and accessed in a flash. This has revolutionized genealogy and the compilation of family trees.

Skeletons in the cupboard are quite interesting now. In previous years, before information was so widely accessible, people followed family ties with some trepidation, hoping not to find a black sheep. Now Australians are reportedly delighted to find a convict in their ancestry because it proves how long they have been on the continent. On the other hand some members of the European aristocracy have reason to be thoroughly ashamed of their feeble and evil relatives exposed now in the information age.

Anthropologists may dig up ancient bones and speculate on the origins of the human species. The more recent and well documented evidence of recent relatives shown by ancestry.com genealogy research can be equally interesting and more pertinent.

Aristocrat and commoner alike may wonder where their ancestor was when Jesus hung on the Cross or when the Great Plague decimated the European population. Similar speculations may have been behind the concocted story of African American Alex Hailey about his roots in Africa. Deep within the fiber of our beings there appears to be yearning to discover how we came about.

The great interest of parents in the family histories of prospective spouses is well documented in history, politics and literature and can be found using online genealogy software. As in the case of ‘Romeo and Juliet’ it can prove to have tragic consequences. It can also be very interesting for couples who may have met by chance in Australia to find that their near relatives lived in the same English village and must have known each other in earlier generations under different circumstances. Ancestry.com review genealogy may throw some light on this by producing a comprehensive family history.