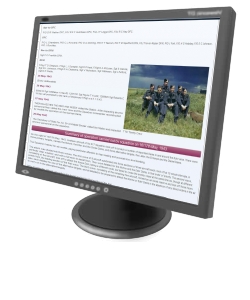 To coincide with recent commemorations on the RAF raid on the industrialised areas of the German heartland, TheGenealogist has announced the availability of full online records of one of the most daring bomber raids of World War Two.

Prior to the start of the war, the British Air Ministry identified Germanyâ€™s heavily industrialised Ruhr Valley and especially the dams as important strategic targets. Repeated air strikes with large bombs could be effective but Bomber Command had struggled for accuracy in the face of heavy enemy fire.

Full details of the Operation Record Book are now online

The new records on TheGenealogist provide an in-depth analysis of the mission which went on to achieve legendary recognition. The fascinating information includes an account of each aircraftâ€™s flight, including full crew list and details of the awards made to each of the crew members after the mission.

Operation Chastise was a success: two dams were breached and one was damaged, severely impacting German resources in the summer of 1943. However this success came at a high price. Of the 19 Lancaster Bombers that took part in the operation, 8 were shot down, with 53 aircrew killed and 3 taken prisoner. With the new records added to TheGenealogist, it is now possible to look at every airman involved in the raid, including all the brave aircrews and how they fared in this unique bombing raid.

Flying very low in ever worsening weather conditions, the Operations Record Book of 617 Squadron provides us with an in-depth account of Operation Chastise. Commencing the story with their last training flight, to the operation itself, to the visit by the King and Queen to congratulate the surviving aircrews, all the details on the famous â€˜Dambuster raidsâ€™ are now online. This new resource is ideal if you had a relative involved with 617 Squadron, or if you are interested in one of the most iconic RAF missions of World War Two.