I was delighted to be able to write an article this week about a place that I find particularly fascinating: Eel Pie Island – that tiny islet that sits in the Thames at Twickenham.

It is not only the history of the place that intrigues me, but I also have some fond family memories of visiting the place as it was the home of some of my parent’s dearest friends in the late 1970s.

Eel Pie Island, I have since discovered was once the home of a an Inn that turned into a hotel. This hotel then became famous in the British music scene before going into decline only to be torn down and redeveloped in the 1970s.

Using a combination of records, however, I have found a little about the family that developed the business that changed the island’s name from the Ait at Twickenham to what it is known as today

You can find the article here at TheGenealogist’s Featured Article pages.

TheGenealogist has just released over 12,000 records from 138 War Memorials. This means that there are now a total of over 580,000 individuals on War Memorials that are fully searchable in TheGenealogist’s Military records with photographs centred on their inscription. These memorials can give researchers an insight into education, rank, regiment and occupation of an ancestor. 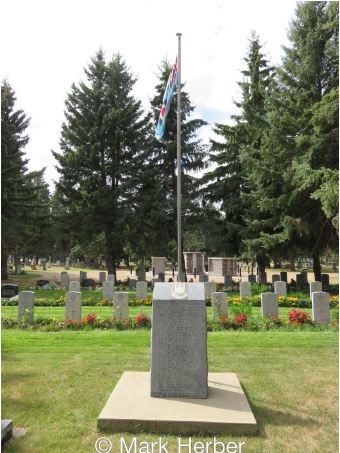 The War Memorial records will allow the family history researcher to discover:

● over 12,000 additional individuals recorded on War Memorials
● additional War Memorials from England and Canada
● fully searchable records which are transcribed from images of the tributes
● colour images of the memorial centred on their name
● a variety of memorials in honour of the war dead from various conflicts

The Map Explorer™ on TheGenealogist can also be used to locate all the War Memorials on georeferenced historic and modern maps making them easy to find. The War Memorial database includes names from the Boer War, the First World War and World War II. This latest release from TheGenealogist covers war memorials from various parts of the UK, particularly West Yorkshire, County Durham and East Sussex as well as Canada.

This new release covers memorials that are not all set in stone or cast in iron. There is the WW1 memorial volume book held in Darlington Central Library for Pease and Partners of Darlington. This firm owned mines, quarries and other works all over County Durham and Teesside. This particular memorial is useful to a researcher wanting to “break down barriers” as it not only gives the rank and regiment of the man, but also gives his place of occupation (which particular mine, quarry, or works they had been employed in) which could aid a researcher to try to get the employment record for an ancestor – the volume is divided into sections for the 543 men who died, over 4,100 who served and details of the medals awarded to 134 of them.

Other employment War Memorials in this release include: Yorks & Lancs Railway locomotive works at Horwich where 122 employees were killed in WW1 and in London the Worshipful Company of Armourers and Braziers recording 37 men who were killed or served in WW1 and WW2. 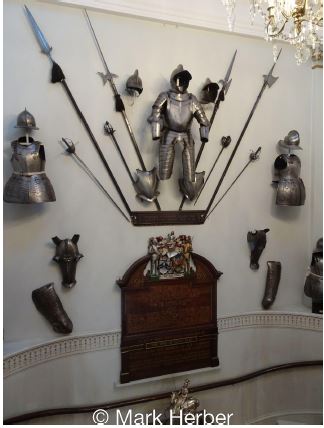 1914 1919 The Great War: Liverymen and Freemen of the Worshipful Company of Armourers and Brasiers

Additional School and college War Memorials added this time include Petworth Boys school, which commemorates 2 teachers and 28 pupils killed in 1942 when the school was destroyed by enemy action, and King’s College Cambridge where 345 students or former students etc. are commemorated having been killed in both the First and Second World War.

Of further note are War Memorials in Pimlico, London where 67 men from a Peabody Estate who were killed in WW1 are recorded. There is an interesting set of stained glass windows in Grimsby Minster dedicated to 25 Grimsby men lost in WW2 who were members of various clubs such as the Grimsby Cyclists’ Club. In this release there is a memorial in Red Deer, Alberta, Canada to 35 men of the RAF killed there during their training and in Eastbourne Town Hall there is a roll of 180 civilians or firefighters etc. killed there in WW2 by enemy action.

These records are available to Diamond subscribers of TheGenealogist as part of their large Military Records collection.

As reported in The Guardian newspaper the women of the 19th-century urban poor were not always faithful to their husbands (in contrast to their countryside sisters) according to some research published in the journal Current Biology.

You can read The Guardian‘s story here:

The authors of the paper conducted research where they compared the Y chromosomes of 513 pairs of men who supposedly share a common ancestor. Their aim was to discover what the prevalence was of what they called “extra-pair paternity” over the past 500 years – in other words, they were looking at how many times in the family trees of these 513 pairs of men that the father named on the birth certificate differed from the actual biological father.

I wonder how many people discover from doing a DNA ancestor test that they are not related biologically to the ancestors they had thought that they were from doing the paper trail research in the records? 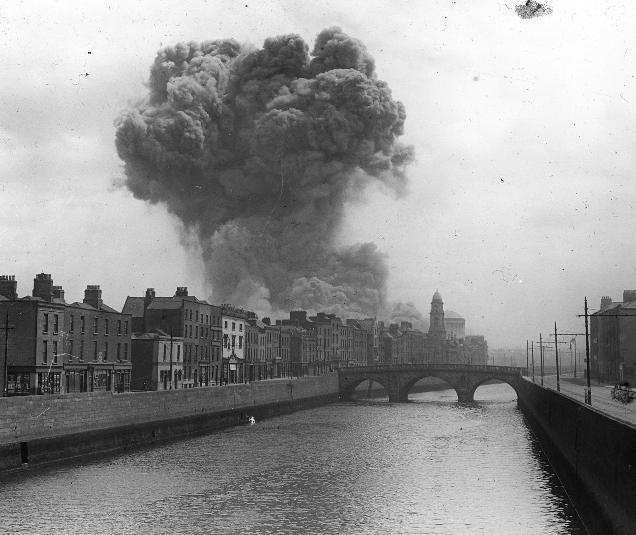 As anyone that has done some Irish family history research knows, there is a terrible problem caused by the destruction of many of the records that were formally held at the Four Courts building in Dublin in 1922 by fire.

This week the welcome news from Ireland is that they think that they will be able to recreate a huge number of them!

Any one who knows their history is aware that the fire happened during the Civil War when the west wing of the building that once held the four courts caught on fire. This had been where the Public Records Office (PRO) had been for Ireland and it had been the home of many genealogical treasures including the Irish census returns, originals of Irish wills dating to the 16th century, as well as in excess of 1,000 Church of Ireland parish registers containing baptism, marriage and burial records and many, but not all, were lost.

The destruction happened on 30 June 1922 when, after a two-day bombardment, an explosion and then a huge fire ravaged the building. For the benefit of those that aren’t aware, the Irish Civil War was the conflict that followed on from the Irish War of Independence and occurred as a reaction to the establishment of the Irish Free State, an entity independent from the United Kingdom but within the British Empire. It was fought between the pro-treaty Provisional Government and the anti-treaty IRA over the Anglo-Irish Treaty.

Now, the new project, ‘Beyond 2022, Ireland’s Virtual Record Treasury’ has been launched. It is a collaborative project led by Trinity College Dublin in partnership with the National Archives of Ireland, The National Archives of the UK, the Public Record Office of Northern Ireland and the Irish Manuscripts Commission. It aims to re-imagine and re-create, through virtual reality, the archival collections that were lost.

To find out more have a look at this website: https://beyond2022.ie/

There are many reports in the media that give you more information on this exciting project such as this one by RTE, the Irish Broadcaster, that was the first one I saw, but not the last as many others have run the story:

Or you can have a look at this YouTube Video: 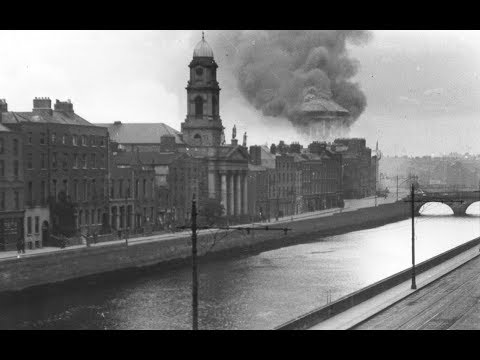