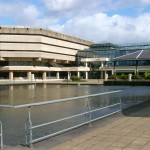 The National Archives at Kew

Why do we talk about the year 1837 in English & Welsh Family Tree research? Well this is when the General Register office or GRO was founded and That’s when and civil registration took over from the church in England and Wales.

The reasoning behind it was that the powers that be wanted to centralise data on the population. Consequently two Acts of Parliament were brought in to law by the Whig Government of the time.

1. The Marriage Act – which amended existing legislation for marriage procedures and brought in the addition of the registry office marriage; that allowed non conformist to marry in a civil ceremony. It is for that reason that you may sometimes see this piece of legislation referred to as the â€œDissenters Marriage Billâ€

2. Act for Registering Births Marriages & Deaths in England – which repealed previous legislation that regulated parish and other registers.

The new laws brought with them a change with 619 registration districts coming into force. These districts were based on the old poor law unions and so England & Wales were divided up into these districts for the purpose of civil registration.

For each of these districts a superintendent registrar was appointed. Further sub-districts being created within the larger unit and so from the 1 July 1837 all births, civil marriages and deaths had to be reported to the local registrars, who in turn sent the details on to their superintendent.

Every three months the superintendent-registrars would then send on the details gathered in their own returns to the Registrar General at the General Register Office.

So what was the case for church marriages? Well the minister was, in a similar manner, charged with sending his own lists to the GRO where the index of vital events were complied. This system means that many of us are able to simply find our ancestors in indexes and order copies of certificates back as far as the third quarter of 1837.

But how do we get back before 1837? That is a subject for another time. 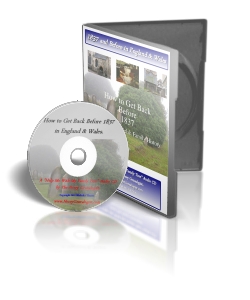