In our family tree research we can sometimes become a little blinkered. We find some important vital clue, such as a place of birth for our ancestor, and then assume that this will also be the location that our ancestor was baptised and grew up in.

In an ideal world, of course, the place of birth furnished by our ancestor, in the decennial census or some family document passed down to us, may also be the place in which they were christened in. Just consider for a moment, however, that your ancestor moved about the country. It may have only been a few miles, but even this could be enough to put you off track in finding them in the parish registers for the town in which they reported as their birth place.

Perhaps they were itinerant labourers following work. Consider those that sailed on small boats down the rivers, or those canal workers who moved before getting the child baptised.

Some children, like those in one branch of my family tree, were all baptised on the same day in the same church in a sort of “job lot”. Now what would happen, for any family historian looking for baptisms in the places of birth of the children, if the family had been on the move between child number one’s birth and child number five’s?

So you can now see that if you have been furnished with a place of birth of your forebear from the census, or another document, that gives your ancestor’s place of birth as town A and you begin to search the Parish registers for this town for their baptism, then you have to consider that they may actually be in the registers somewhere else.

Also, to bear in mind is that the child’s mother may have gone back to her folks to give birth to her child before returning to her husband and her home and then having the child baptised there. What if they were not followers of the Church of England? This is something else to consider.

The tip I am pointing out here is that you must keep an open mind when doing family history otherwise a simple problem may become a brick wall. 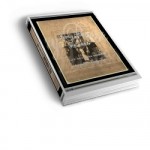 If you are looking for something on finding ancestors before civil registration came in for England and Wales then what about my Audio CD on: 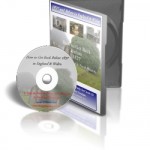 2 Replies to “Tip: Ancestor’s Place of Birth May Not Be Where They Lived!”