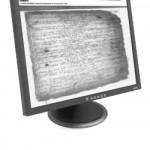 The problem of tracing an ancestor, with a common surname, is one of those brick walls that many of us come up against in our family tree research. When it occurs after the introduction of state run vital indexes, in 1837 for England & Wales and eighteen years later, in 1855, when Scotland adopted the idea, it can be difficult to find the exact person that is our forebear, but at least we have a central index to search. The Crown Dependencies followed suit at different times again, so you will see civil registration introduced into Guernsey in 1840, Jersey in 1842, Alderney in 1850 and Sark in 1915. The Isle of Man beginning compulsory civil registration of births and deaths in 1878 and then marriages in 1884.

But what about searching for a Smith or Jones in the years pre-civil indexes? If you are expecting an easy answer I’m afraid I am going to disappoint, as common surnames do present us family historians with great difficulties to overcome. Having said that, however, all may not be lost.

If the ancestor in question has an unusual first, or middle name, then this may help you enormously to single your likely candidate out from the others. In my own research it was not the actual man I was trying to track down who had the unusual middle name, but his son. I had already made the connection to John Branton Thorn via the prime sources and knew him to be my ancestor. I was now on the trail of five or six John and Sarahs who were candidates for his parents, according to his baptismal details. So which of the various John Thorns who married a woman whose first name was Sarah in various parts of Devon jumped out as a strong possibility? It was the one where the bride’s surname was Branton.

The advice I have been given is to try to tie the person with the common name to one with a less than common one. It could be their wife, a brother or sister and so on and perhaps it is an unusual first name, middle name, or maiden name you can use.

If you are not able to find your ancestor for certain in the church registers, then always remember that the Bishop’s Transcripts may possibly harbour more information than the register did. It is not a certainty that it will, but it is worth a look.

Try using Wills and Admons to see if you can find the possible parents (or a brother, sister or other relation) naming your ancestor as a beneficiary.

Another point to be aware of is that even with a less common surname there can be many problems to overcome in family history research. As spelling of surnames varied so much, until the mid 19th century or later when they became more fixed, and with many of our ancestors not being literate, the clergy often recorded the name as they thought they heard it and so a regional accent is probably responsible for one line of my ancestors being recorded as Sysal, Sissell, Sissill and Sizzall in the church records from 1780 to 1798.

If the person you are researching was born in the years just before civil registration began, but was likely to have died after the death registers began, how about looking for them in these records. You can also use the church burial records, if you know the parish they died in. What about trying the National Burial Index? If you just have a first name and a common surname I grant you that this is not going to be much help to you but if you know the place that they lived then you may be able to narrow down you likely forebears.

On the subject of places, some names can be very common in one area, for example Thorn/Thorne in Devon, but a common name may not be so common in another place.

Advice that I have seen given on other blogs and forums say that you should:

So look for family bibles, they can list the names of children. Think about whether there are any other records for the district where your ancestor lived that they may have been recorded within? Taxes, land records, muster rolls, etc.

Common surnames are certainly a problem for family history researchers trying to populate their family tree and sometimes there will be no easy answer. Persevere, however, as more and more records become available there is always a chance that your ancestor may be within one of them.