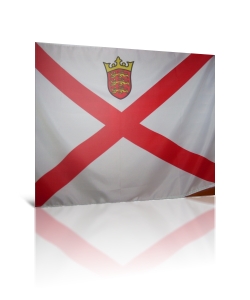 After 1842 registrations of birth marriage and death were made by Jerseyâ€™s twelve civil parishes â€“ a system that carries on to this day. This presents some interesting challenges. Whereas in England records used to be kept by the quarter (meaning you could pin a birth down at least to a year), most Jersey parishes simply run 500- or 1000-entry books for as long as it takes to fill them up. The largest parish in Jersey, St Helier, has (these days) a population of about 30000 and the main hospital – so it fills up a 1000-entry book about every 18 months. The smallest parish, St Mary, has a population of 1500, and takes the better part of a century to fill up a book! The other point with this is that if you donâ€™t know where a birth or death took place, you will have to search twelve indexesâ€¦

The indexing of the books is rudimentary. Entries are added by initial letter of surname in the order in which they are added to the book, with a reference to the relevant page number. And for this purpose a name like Du Feu is indexed under letter F. If you think this is bad, spare a thought for anyone researching the (not uncommon) surname Le Vavasseur dit Durell â€“ which goes under D for Durell.

Marriages present the same problems as births and deaths, but rather more so. In time the civil parishes split their registers into Church of England marriages and those carried out by a registrar â€“ the latter covering registry office, Roman Catholic, Methodist and other religions. And as St Helier grew and new churches were opened to serve outlying areas, these churches also came to the point where they took on their own registration books: so you could need to look at anything up to thirty index books.

There is, however, one case where Jersey practice is much better than English, and thatâ€™s in how we record deaths. Death register entries are made in the name under which the person died and any previous names they were known by, and the indexes include references for all these names. The grandmother of my wifeâ€™s great-aunt died in St Saviour in 1915, and we found an entry in the expected name of Sparkes â€“ but we found three other married names and her maiden name too.

The actual registers are kept by the Superintendent Registrar in an office on the Royal Square in St Helier. The office is open 5 mornings a week â€“ except that as itâ€™s also the civil Registry office, it may be closed if a wedding is taking place. Itâ€™s worth a check in advance if youâ€™re coming from a distance.

If you canâ€™t get to the Superintendent Registrarâ€™s office, there are copies of the indexes at the Coutanche Library of the SociÃ©tÃ© Jersiaise in Pier Road and at Jersey Archive â€“ and there are some handy materials In the Archive which may help you get accurate dates without a certificate. More on that next time. Ã€ bÃ©tÃ´t!

One Reply to “Researching family in Jersey, part 4: BMD records after 1842”