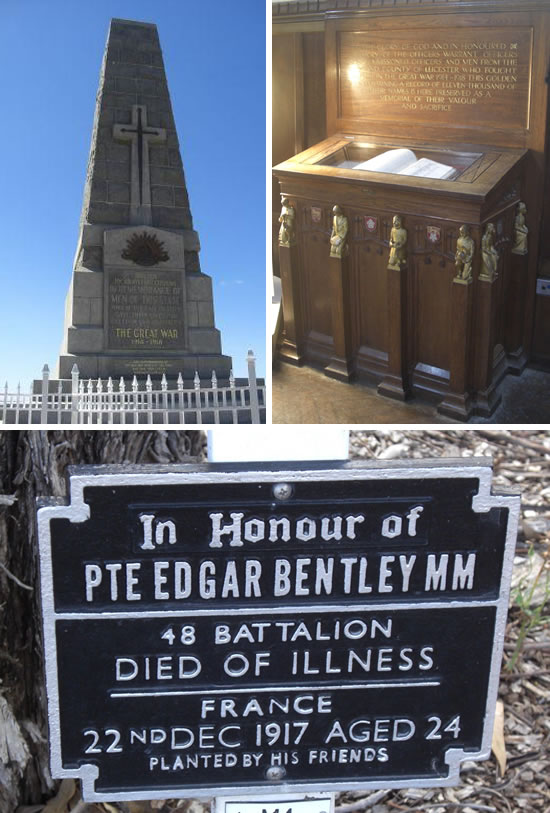 The new data will allow the family history researcher to discover:

These fully searchable records are transcribed from images of the tributes put up to honour the war dead from various conflicts including the Boer War, the First World War and World War II. This latest release from TheGenealogist covers war memorials from many parts of the UK, as well as some further afield monuments in Australia, Canada and New Zealand.

This new release covers memorials large and small. For example, there are over 3,100 names from the First World War commemorated in Middlesbrough, Teesside; while 527 names can be searched from Durham (covering both world wars); and another 1,655 individuals for Market Harborough in Leicestershire. You can discover that the roll of honour for the 59 men who were members of the congregation of St Nicholas church, in Durham, also records stars against the names of those who had been members of the 1st Durham Boy’s Brigade.

There are various business organisations who have honoured their dead employees with memorials. Some of those in this release include: Symingtons (corset makers) in Market Harborough, Leicestershire; Sevenoaks Postal District in Kent for their WW1 and WW2 deaths; the main colliery in Edlington, South Yorkshire; the London & Lancashire Insurance Company; the Phoenix Insurance Company; the Auckland (NZ) Harbour Board Staff; the Southern Co-operative WW1 and WW2 deaths from Portsmouth; Southdown Motor Services (Brighton Bus depot) WW2 deaths; Cox’s & Kings Bank (Army agents) from WW1 and WW2 and the London Stock Exchange – members and clerks for Boer War, WW1 and WW2.

In the Antipodes – the War Memorial in Auckland names all the men of New Zealand who were lost in the Boer War. While in Australia there are over 1,000 memorial plaques from tree-lined avenues in the park in Perth, Western Australia. Each memorial plaque in this park is dedicated to a particular man lost in WW1 or WW2 – some at Gallipoli, some on the Western Front, some fighting the Japanese as well as those who died when a POW in the Far East in WW2.

While from England, an unusual War Memorial is the WW1 roll of Honour for Leicestershire – the book is in a glass case in Leicester Cathedral and so is inaccessible. The names, however, are included in this release.

These records are available to Diamond subscribers of TheGenealogist as part of their large Military Records collection.