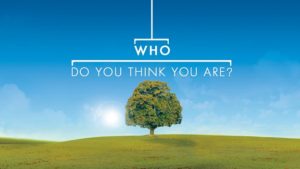 We have all heard the stories of the celebrities whose family history was too dull or boring to be made into an episode for the British series of Who Do You Think You Are?

Michael Parkinson, Cherie Blair, Eamonn Holmes and Stephen Mangan come to mind. But now The Sun newspaper has revealed in an exclusive that Rolling Stone’s Ronnie Wood has been left out of this year’s set of programmes for a completely different reason altogether.

The 71 year old’s family tree was richly populated with Gypsies who lived on barges and therefore was so complicated that the researchers have had to stall for more time!

The Sun says that a TV insider had told them:

“With Ronnie’s colourful relatives – who can be traced back over 300 years – there was too much to be able to work through in time for this year’s series.

“They’re still determined to see if they can bring together what they need to make a show all about the Wood clan. But if it happens it will have to be next year now.”

So the tabloid newspaper has divulged who is NOT appearing this year but then it goes on to tempt us when it tells its readers that: ‘ “Titanic actress Kate Winslet and ex-Towie star Mark Wright are confirmed for the new series this summer.’

This story doesn’t yet appear on the BBC Media Centre site: https://www.bbc.co.uk/mediacentre/latestnews

…and neither can I find it on the Who Do You Think You Are? Magazine website here: http://www.whodoyouthinkyouaremagazine.com

This leaves me wondering if  a Press Release will be coming out any day now from the programme makers revealing this years line up?