Registering a death in my family 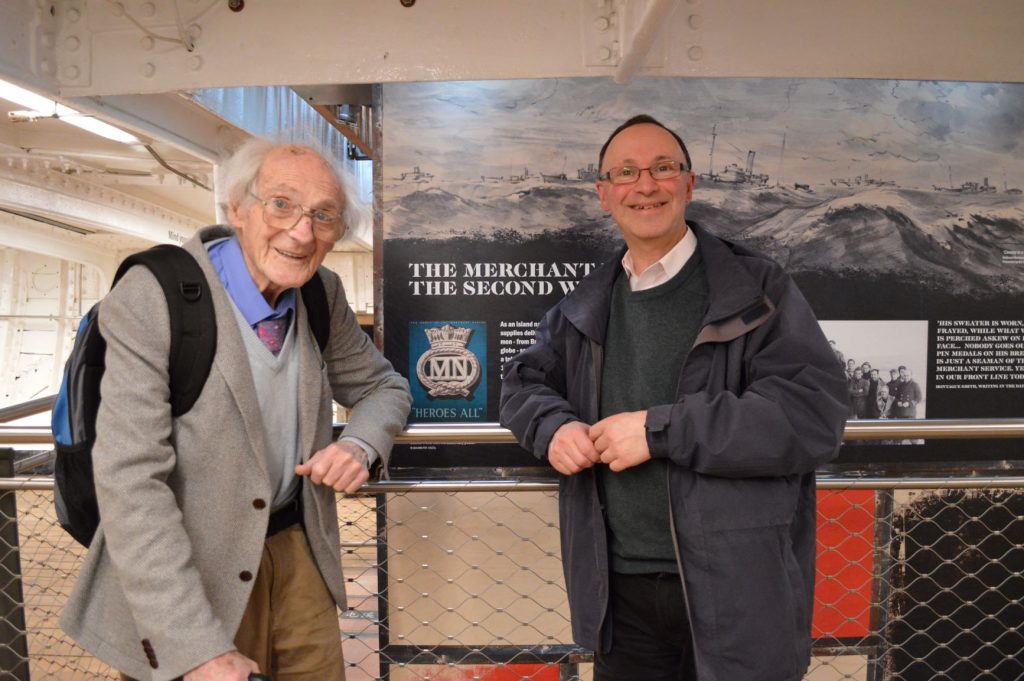 My dad, one-time Merchant Navy Purser John Bryan Thorne, and myself last year on a visit to the Cutty Sark in Greenwich.

I have been mourning the loss of my father for the last month. He was very dear to me and the rest of our family and we were sad to have lost him on the 12th of April 2019.

Immediately there was much to do in arranging the winding up of his affairs – but some of these made me realise that we were in the process of laying down some new breadcrumbs for future genealogists to follow.

Amongst the duties I had to perform was to make sure that the registering of the death got the details completely correct including the spelling of his names and place of birth. As the death certificate was produced in the registrar’s office, and printed off there and then, I realised that my name and details were now forever recorded as the person registering my father’s death. Being a family historian, I couldn’t help but wondered if sometime in the future others would use the document to trace our family line back.

Then there was the matter of placing the family notice in the local newspapers. The funeral director asked for the wording we wanted to use. I felt strongly that it should definitely include our first names when listing the near family. Again, I wanted to make sure that it was easy for future generations to determine if they were researching the correct person and to easily find out the names of his children and his granddaughter.

The surprise in the neighbourhood

When sorting through his meticulous filing cabinet to find his birth certificate, bank accounts and utility details I was moved to discover that he had a personal file that included my own birth certificate from 60 years ago and his Second World War service in the Merchant Navy.

There was also his 1962 marriage certificate to my stepmother in Mosley, Birmingham as well as his 1951 wedding certificate to my late mother, that had taken place in St Andrew’s Cathedral in Singapore. This last document I had never seen before and it is very precious to me as I have no idea how I would go about ordering a copy from the former British Colony and now Republic of Singapore. 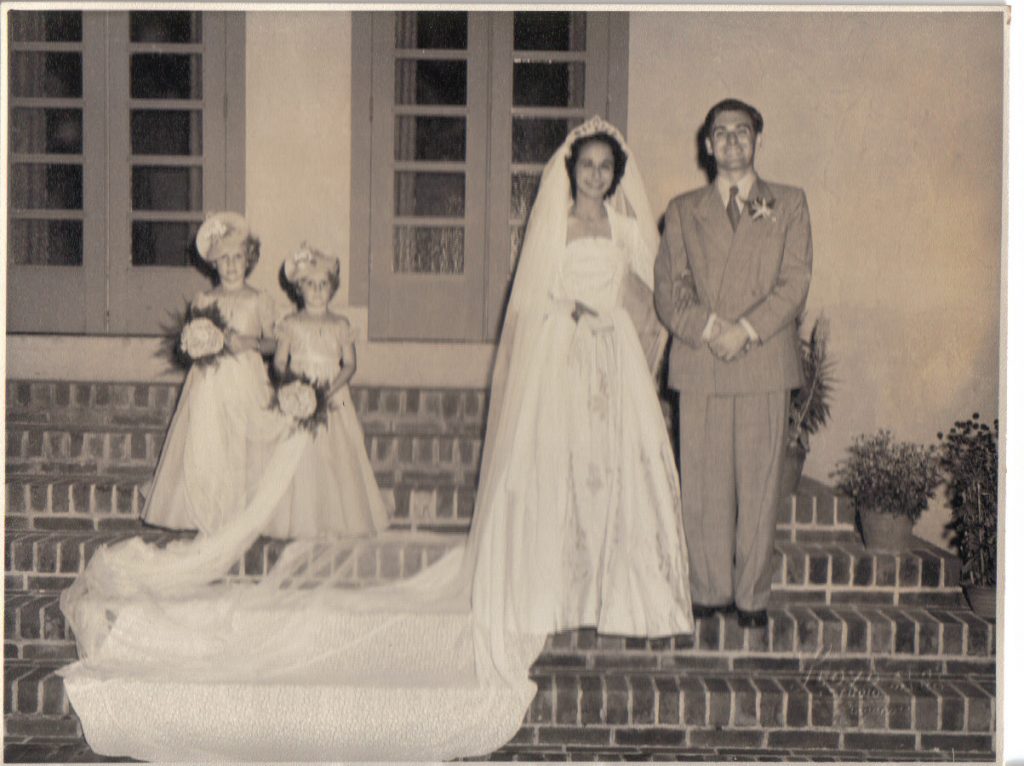 To my utter surprise the Cathedral’s bells, that he would have heard ring out on his wedding day to my mum, were back in Loughborough at this very time for re-tuning and the addition of two extra bells to the peel. My sister had just taken a tour of John Taylor & Co. Bell Foundry and had seen them in the works just 11 or so miles away from Dad’s house. Naturally I paid them a visit with the kind help of the staff at John Taylor & Co. and was able to touch the bells that were a little part of my own family history. 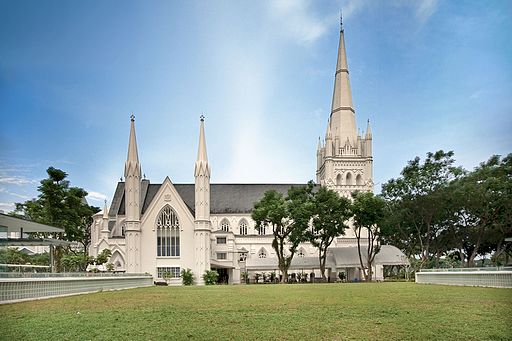 In 1889, St Andrew’s Cathedral had received a peal of eight bells from the family of Captain J. S. H. Fraser, H.E.I.C.S. These bronze bells were cast at the John Taylor & Co. Foundry in Loughborough, England, the same bell foundry that cast the bells of St Paul’s Cathedral in London, England and then sent out to Singapore. These eight bells have been rung every Sunday for services, weddings, funerals, Easter and Christmas. You can read more on the foundry’s website here: http://taylorbells.co.uk/project/st-andrews-cathedral/

With life inevitably carrying on for those of us left behind, a holiday that I had booked well before he had become ill came around on my calendar. As an Architect and a Watercolour artist he had told me of the beauty of Florence and the wonder of Brunelleschi’s Dome and had been excited to hear that I was to visit it this year.

I have, therefore, just returned from a few days holiday in Florence Italy. After climbing the 463 steps to the dome I then went into the body of the Cattedrale di Santa Maria del Fiore and lit a candle to remember the life of my very dear dad. 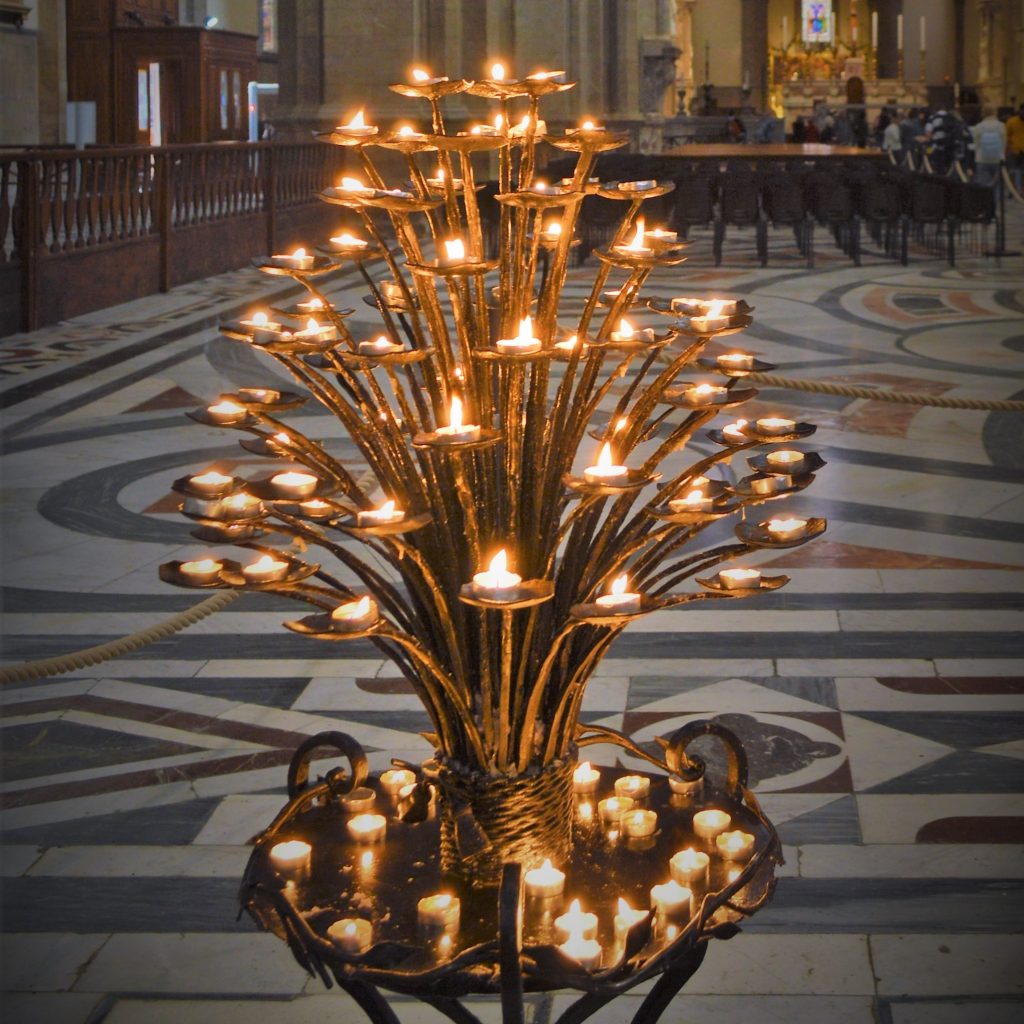