This news item is written by the people at the BBC.

BBC One daytime TV hit Murder, Mystery and My Family is to return to our screens in 2019 with twenty brand new episodes. 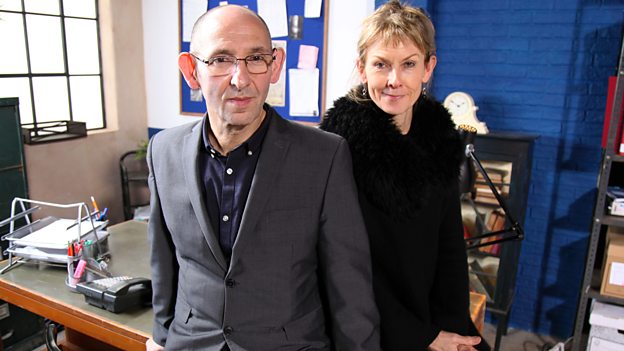 Building on the audience’s fascination with the first series, there will also be ten further follow-up episodes in Murder, Mystery and My Family: Case Closed?

The series follows relatives of those convicted of murder and hanged for their crime, as they reinvestigate the evidence using modern forensics and team up with Barristers Jeremy Dein QC and Sasha Wass QC. The first series, produced for the BBC by Chalkboard Television, was a stand-out hit for BBC One daytime, regularly bringing in over two million viewers in a 9.15am slot and striking a chord with crime fans across the country.

Lindsay Bradbury, BBC Commissioning Editor, says: “When Chalkboard Television pitched the territory of murder crimes, they were slightly cautious because it felt so different for a daytime audience. But this type of distinctive format is exactly what we are after. The audience have really got stuck into the intrigue, suspense and emotion so brilliantly brought to life by Sasha and Jeremy.”

In the first series, half of the cases investigated were found to be unsafe by Judge David Radford. Now the team behind the show are on the hunt for new cases and relatives to re-investigate historic crimes and convictions.

The team are looking for murder and serious crime cases from 1970 and earlier, where there is a question mark over the conviction. As part of this they are looking to team up with relatives of the convicted who are keen to learn more about both their family and the safety of the original verdict.

Anyone interested in contacting the show can reach the production team on: familymystery@chalkboardtv.com

Executive Producer for Chalkboard TV, Mike Benson, says: “The response to the first series was more than we ever expected and the cases proved both fascinating and heart-breaking in equal measure. Most of the cases we featured involved capital punishment and many of the convicted went to the gallows desperately pleading their innocence. Now, decades later, the family members and barristers will be scrutinising the evidence using everything from DNA to ballistics in a bid to learn the truth.”

Bringing modern forensic techniques to historic cases is happening more frequently – with the recent arrest of the Golden State Killer in America an example of the power of modern science being applied to historic cases. However for the family members the show represents both an emotional quest to find the truth about their relatives’ guilt and learn more about their family history.

In series one, barristers Sasha Wass and Jeremy Dein investigated a Dorset murder case that tragically tore a family apart in the 1930s. When Frederick Bryant died after a mysterious illness, his wife Charlotte was convicted of murdering him using arsenic, and hanged. With both parents dead, the Bryant’s five children were separated and raised in care. As the barristers re-investigated the strange circumstances surrounding Frederick’s death, William Bryant explored his parents’ past, accompanied by his own son David. Revisiting his childhood home, and the final resting places of both his parents, William learned a great deal about his family’s story, which had been hidden from him as a child. Following the transmission of the episode, William and David were contacted by long lost relatives of both Frederick and Charlotte, reuniting a family that had been fractured for over 80 years.

Anyone wishing to get in touch to appear on the new series should email familymystery@chalkboardtv.com