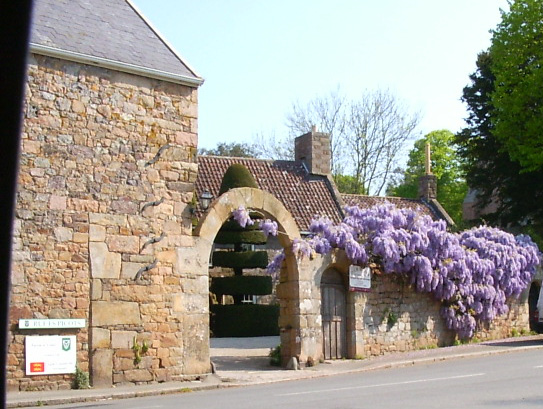 Youâ€™ve traced an ancestor to Jersey, and you are wondering what you can find out about them. To your frustration, you rapidly discover that birth marriage and death records for Jersey are not available online. So what can you do?

Well, there are at least some useful Internet resources out there to help you get started. The most obvious one is the Census: Channel Island censuses from 1841 to 1901 are available both through Ancestry and Findmypast, and the 1911 census is on FindMyPast and will soon be fully available on Ancestry too.

A word of caution, though: the transcription is not entirely reliable on either site, and on top of that, some database search engines have problems with â€œdividedâ€ surnames like Le Sueur or Du Feu (not to mention Le Vavasseur dit Durell). So hereâ€™s a shameless plug: if you are going to do a lot of searching of censuses, you could do worse than purchase the paper census indexes produced by the CIFHS. They are a lot more accurate (well over 99%), and can (with a bit of fiddling) be cross-referenced back to the census images on the Internet.

There are also military records. If youâ€™re looking at Channel Island relatives who served in the First World War, itâ€™s well worth investigating at greatwarci.net â€“ this is the website of the Channel Island Great War Study Group, and they maintain a very comprehensive list of people who served. The list is rather more complete than Ancestryâ€™s transcript of whatâ€™s in the National Archives simply because Jersey residents served not only with the British armed forces but also with the Canadians and Australians. There were also at least a couple of thousand French nationals who joined up with the French military, but records for them are very scanty. If you are looking at other periods (and bear in mind Jersey had a garrison to protect it from the French right up until the 1930s), you may find references to service in Jersey on the military records of Chelsea Pensioners kept on FindMyPast, or on the GRO Regimental Indexes of birth marriage and death.

There are other useful resources too on Ancestry. There are three Channel Island postal directories â€“ covering 1839, 1903 and 1927 – that may help to link a name to an address.

You may also be fortunate enough to find online family trees. Ancestry host them, as do Genesreunited, and there are also numerous independently-produced web sites. The general rule of thumb is to treat these as a guideline: they may be inaccurate, or they may tell the truth as far the researcher knows it â€“ but not the whole story.

Aside from this, thereâ€™s a couple of major Internet resources based in the Channel Islands that may help you with your research. More about them next time. Ã€ bÃ©tÃ´t!

5 Replies to “Researching family in Jersey, part 1: where to start”