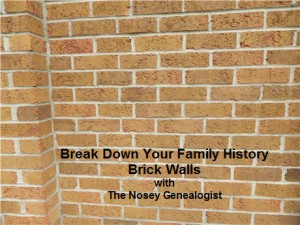 This week I managed to knock down a couple of family history brick walls by keeping an open mind while doing the research.

The successful outcome that I want to write about here was with a General Register Office index. I had been at a loss as to why I couldn’t find the relevant entry for a birth. Very often by using more than just the one website, the difference in transcriptions between them can often allow you a breakthrough. Having used a number of the main subscription websites, however, I had still not found a likely candidate for the elusive person that I was researching.

I metaphorically took a step back and defocused from the narrow search that I was doing for the correct spelling of the person. I looked at the surname and thought: How could this be misspelled by a busy official?

For example Whitman could have been recorded as Witman, Wetman or a host of other spellings. Or the surname Perkin may have been entered with the more common name of Perkins – as I found out while researching someone for an up and coming article of mine. In the case I was looking for to trace a client’s family tree back a further generation, I had a surname which should have ended with a last letter of an ‘n’ but had been recorded with an ‘m’ at the end.

In both cases the transcription on the relevant websites could be said to have been correct as it faithfully reproduced what was to be found on the GRO Index page. In both cases the page from the index had been in handwriting, but I have also seen typographical errors in those that have been typed.

The errors that had momentarily thrown me had been made in the registration process, either when the name had been mistakenly taken down by the local registrar at the time, or when it had been copied at the General Register Office into the official quarterly list.

By thinking about how a spelling mistake could be hiding our lost ancestors, sometimes the answer jumps out at us! 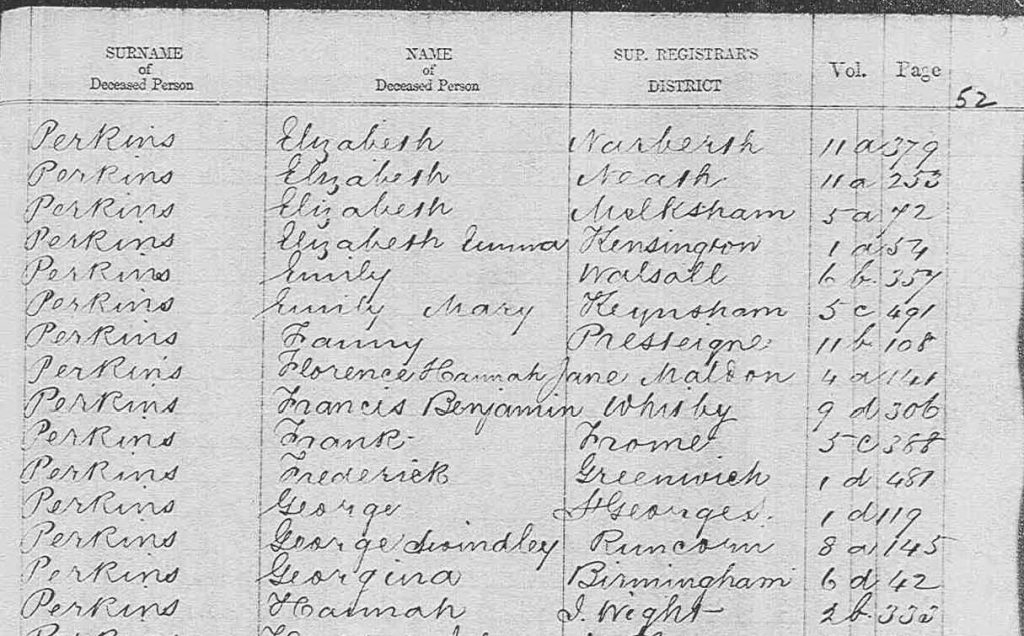 The lesson is to think laterally and not get hung up on a narrow thought process that says that this is how it should be written!

If you’d like to find out more about how to tease out your elusive English or Welsh ancestors then CLICK this link: www.FamilyHistoryResearcher.com/course