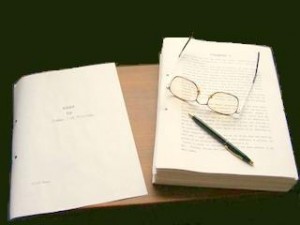 This week I was researching a case-study to write for a magazine and I came across a local newspaper article that spun a fabulous story about my subject.

I had already traced my man in many of the online records and so I had the basis of my own piece planned and was just doing the usual Google search to see what else was out there.

The story the newspaper had was that the man had put his mother into the workhouse when his father had died. As if that was not extreme enough, he was alleged to have never spoken to her again!

The trouble with this story was that I had already found the death record of the mother two years before the demise of her husband and thus making it an impossible yarn! What was more – the nonconformist minister had very obligingly annotated the entry to supply extra information about the death that I could reveal in my own article. A sad and very different story that I can’t reveal here as its reserved for the advertorial when that comes out around November. 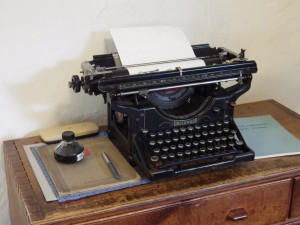 I once had a client who had been told as a boy that his relative had ‘fallen from his horse’ to his death. This turned out to be a cover for his ancestor dying young in an asylum, something which I uncovered by finding the death index record and then buying the death certificate.

Another client asked me to find their great grandfather; who had been an eminent medical man in his time. They knew a fair bit about him, from family stories, but they were actually a generation astray.  When I turned to the actual records I could find that the famous man was not their grandmother’s father at all, but was actually their 2x great grandfather.

The moral of these tales are that while you should listen to family stories, you shouldn’t believe everything that you are told and always seek to verify the facts in the records. If possible go to the primary records such as the birth, marriage and death certificates, or the church registers. But always remember that even in these sources convenient white lies may lurk there to throw you off the scent!

People make up stories, sometimes it is to hide something that may have been shocking to our ancestors at the time. The innocent story gets retold and embellished and morphs into something different and gets told over again. Not all these tales will end up being published in the newspapers, but some will, like the mother who was reputed to have been put in the workhouse and forgotten.

There is a saying that ‘you shouldn’t believe all that you read in the newspapers’ – but despite this sage advice a lot of us do just that! We should also keep a healthy dose of scepticism when listening to family accounts. While we should definitely listen to the stories that our elders tell, it is best to check out the details to see if the records back up the story before attaching it to the family tree.

I deal with this topic further in my course on English & Welsh family history available online at: