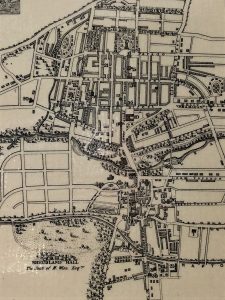 I love researching my family history – rather than just doing genealogy. If you have got the  bug that makes you want to find out who your ancestors were, then you may feel the same.

A list of names and dates, on a family tree, is a great start – but don’t you just want to know what their story was and where exactly they lived?

Whenever I find myself in a place that I have some sort of ancestral tie to I can’t help but wonder what it was like in their day.

It is often the way for me, as I visit a town I mentally scan my family tree to see if any of my ancestors ever lived there. If I recall that one or more did then I get the itch to go and see where it was that they actually lived. This is even if the street bears no resemblance to how it looked in their day, perhaps as a result of having been redeveloped in the years since. I still, however, get a kick from walking in their footsteps and I wonder how many of you can relate to this? It is probably the reason that genealogical tourism is becoming so popular. 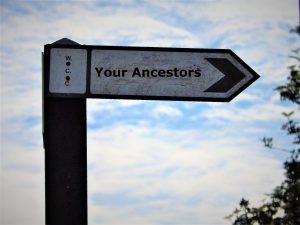 Recently I had a very pleasant lunch with some cousins in Leamington Spa. While they went off to look around the shops I hightailed-it to the Leamington library that is situated, along with a museum, in what had once been the Royal Pump Rooms. I wanted to take advantage of the library’s Local History section and see if I could come up with an answer to a question that had been left open in my research for some time.

Where did my great-great grandparents live in the middle 1830s period when they stayed in this English Spa town?

With my Leamington ancestors I am lucky enough to know that while they lived here they had one of my great-granduncles baptised in 1836 at All Saint’s Church, just across the road from the Royal Pump Rooms and next to the River Leam. From other research that I had already done it appeared that they were of the ‘middling sort’, possibly deriving their income from ownership of part of a thriving business in Scotland.

The census collections are no good to me in this investigation of where they lived in 1835 as, by the time of 1841 and the taking of first count that is of any use to family historians, the family had moved on!

Now, with an hour or so to spare in Leamington Spa, I was able to search the General Arrivals and Departures of people in the Leamington Spa Courier for 1835. This newspaper is available to search online at the British Newspaper Archive but I was using the Library’s microfilm copy on this occasion. With luck I came across my ancestor fairly quickly when I found that on Saturday December 5th 1835 the family arrived in Leamington and were staying at 41 Grove Street.

With the clock ticking down, for when I had to rejoin my cousins at the end of their shopping session, I quickly found the library assistant and asked how far away Grove Street was. Another bit of luck was that it was in easy walking distance and not that far at all. Using a helpful handy map, that the assistant provided, I marched off to see if the road resembled the street of my ancestors time, or whether it had been rebuilt over the years. 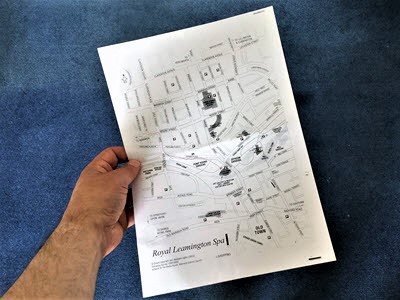 When you go searching for your own ancestors homes it is worth understanding a bit about the social history and geography of their towns or villages. What was the industry and what pressures made the developer build the streets as they did? In Leamington it had been the popularity of the waters and the town establishing itself as a Spa.

My ancestors came from a mixture of classes including the working class. Those of my forbears who fell into the poorer categories would have, in this period, lived in terraced houses with an outside privy if they were lucky and in court housing if they were unfortunate. My Leamington Spa family, I assumed, had some money behind them and so I expected to find that they were putting up at a reasonably smart residence.

What I saw was, at first, encouraging. As I turned the corner I was presented with a pleasant row of Georgian villas on one side of the street and I thought that these matched my expectations. A stroll up the street revealed a development of red brick late Victorian or possibly Edwardian houses of two stories with slate roofs and further still a modern Fire station.

Consulting my notes I saw that I was seeking number 41 and began looking at the numbers on the Georgian side of the street. With dismay I found that 41 was missing and turning to the other side of the road I could see that it adorned one of the redbrick terrace houses. My gut feeling was, however, that these properties were from a later period than Georgian. (In truth this period was at the end of short reign of William IV from 1830 to 1837, the last of the Hanoverian Kings before the reign of Victoria. It is still, however, considered by some to be the Georgian period.)

On returning home I hit the internet and began researching the development of Leamington in that time. I found several pages that told me about the history of the town and in particular the Historic England website which has a handy search tool to find listed buildings in England. 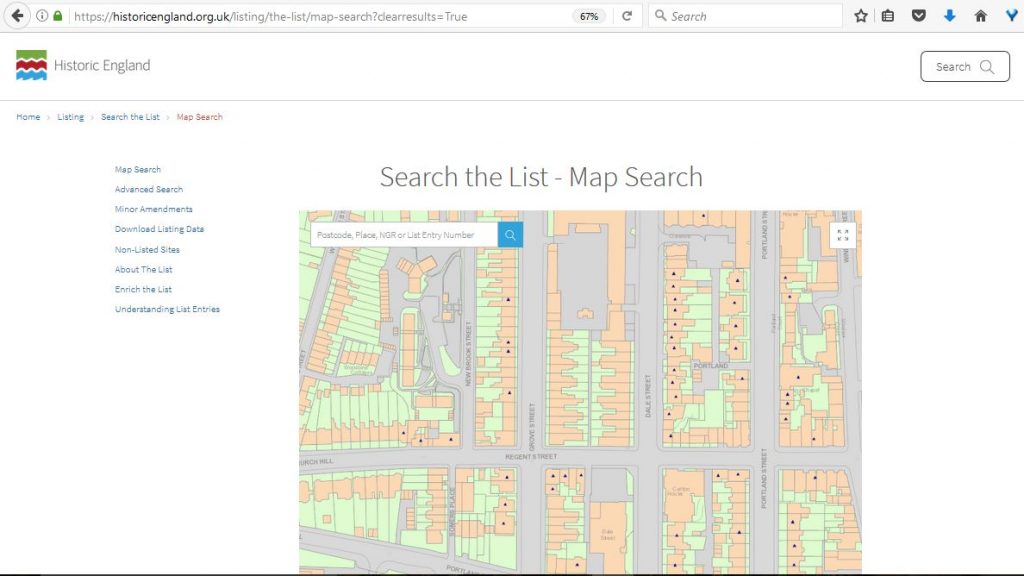 I didn’t find the actual house in their database but one further down the road. This had the helpful historical information that ‘Grove Street was laid out in 1828, the west side and lower part of the east side were built by 1834’.

So the villas were new houses at the time that my ancestors moved in.

I went on to find several pdfs online about the conservation of the area and discovered that my intuition was right when I assumed that the redbrick houses were later 19th century. I read that there was ‘some Edwardian infill on the East side of the street’ built on land that had once been the garden of a large house belonging to Dr Jephson.

Now I knew that there hadn’t been a 41 on the east side of the road when my great-great grandparents moved in as this had been a garden. It lead me to suppose that the houses in the road had been re-numbered at some stage! While I may never be able to pinpoint which property had been theirs at least I had an inkling of the type of residence that they inhabited.

So when you come to look for your own ancestor’s houses, whether on foot or via the Google street view, be aware that the houses may well have been renumbered such as this example below of another of my ancestors, this time in Plymouth, Devon. In this case it retains its old number in the widow light and has its new number screwed above the door. 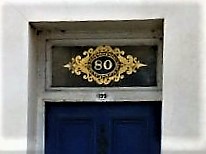 I wish all were as helpful!

Have you checked out my English/Welsh family history course? I still have some great special offers running.