I love looking at maps, when it comes to thinking about my ancestors and working out where they lived.

I know that I am not alone in this, but that other people just don’t seem to get it.

What is it that we, who find maps interesting, see in them?

For me it is seeing the layout of places compared to how they have developed today, for one.

I also love the ability to sometimes be able to work out why an ancestor lived where they did – perhaps it is the nearness of an industry, or some other place of work, that becomes blindingly obvious when you find that their street was a five minute walk from the factory or the dockyard where your rope-maker ancestor was employed.

I find it exciting to see how, in 1731, people who lived in Birmingham would have had a five minute walk from the centre of their town to see countryside. That there were fields on the other side of the road to St Philips’ Church (now the Cathedral) and there was no Victoria Square, Town hall or the Council House at the top of New Street and that Colmore Row was then called New Hill Lane!

Maps can be very useful for the researcher, looking into their family tree and so I have put together my personal list of the top five resources that I would recommend.

Number 5: The Phillimore Atlas & Index of Parish Registers.   The maps in this book can help you identify contiguous parishes to your ancestors’ parish. Useful when you have a brick wall finding christenings, marriages and burials of your kin in their original parish, consider looking at the surrounding area and researching in the neighbouring parish records to see if you can find them.

Number 4: The Interactive Bomb Map of London online at bombsight.org.

The Bomb Sight Project has scanned original 1940s bomb census maps, geo-referenced the maps and digitally captured the geographical locations of all the falling bombs recorded and made it available online. You can use their interactive map to explore and search for different bomb locations all over London. I have used it to find where an ancestor’s shop was on the street. As a post war building now stands on the site I wondered if it had been destroyed in the blitz. Using this application I was able to discover that it had indeed been destroyed by a German bomb.

You can click on individual bombs on the map and find out information relating to the neighbouring area by reviewing contextual images and also read memories from the Blitz. 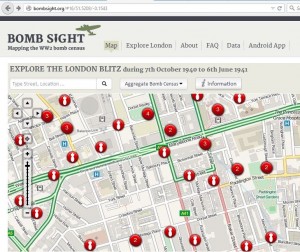 When I am trying to find out which other Church of England parishes exist in an area, as an online alternative to the Phillimores (mentioned above), I often use the maps.familysearch.org resource. It can be useful if you want to discover which county a parish is in, which diocese it is part of, or which civil registration region it was in. You can also use the drop down menu to find its rural deanery, poor law union, hundred, C of E province (Canterbury or York) or division. 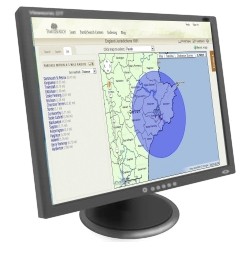 This website gives you access to over 160,000 maps from all the countries of the United Kingdom and not just Scotland! With maps dating from between 1560 and 1964 this is one of my ‘go to’ websites when I want to see a map of a place that my ancestors lived. I often turn to a map over laid on a modern map or satellite view or chose to view an old map side by side with a modern version. 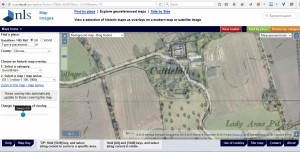 My top map resource is that of the collection of surviving tithe maps that have been digitised by TheGenealogist for the ability to often find ancestors actual plots of land and houses from the time of the tithe survey (1837 to the mid 1850s and sometimes later when an altered apportionment map was drawn up). While the accompanying Tithe Apportionment books detail the land that they either owned or occupied, these records can be so revealing as to where our forbears lived and whether they had some land to grow produce or keep animals. All levels of society are included and surprisingly some streets in major cities were included. The collection covers approximately 75% of England & Wales – as a minority of land was not subject to tithes by this time. 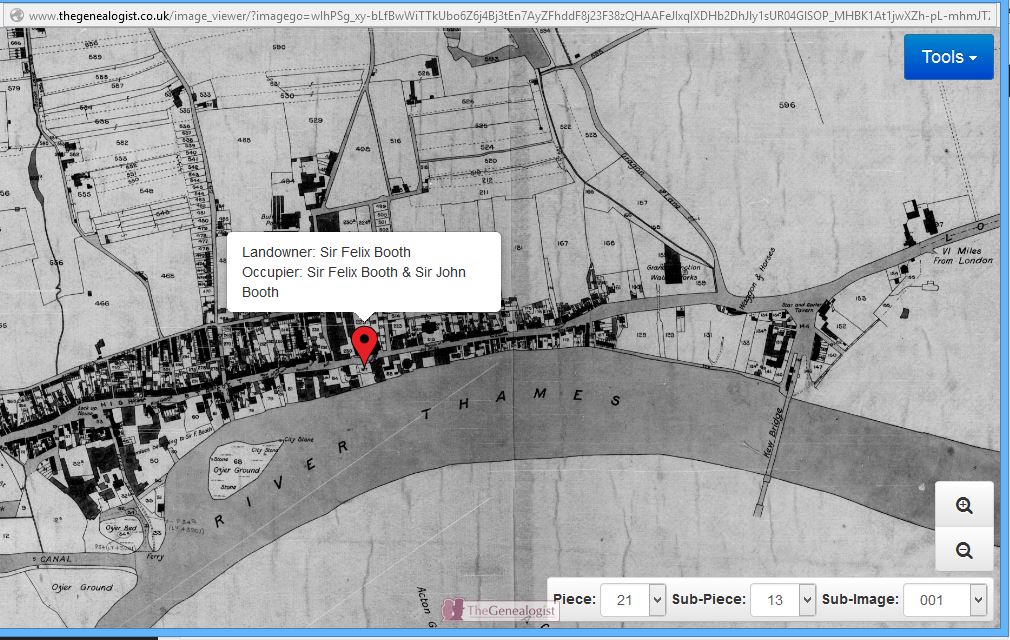 Disclosure – I do have a business relationship with TheGenealogist as I write articles on using their records and resources that can be found in family history magazines such as Discover Your Ancestors, Your Family History and Family Tree for which I receive remuneration. Not withstanding this fact I stand by my selection of the tithe maps as my personal number one map resource for the ability to use them to discover the plot where an ancestor lived and what they may have grown there.

In addition some, but not all, of the links in this post are compensated affiliate links.