TheGenealogist has made millions of new Hampshire Parish Records available on its site.

“The Hampshire Genealogical Society have decided to put the remaining data from their parish register indexes for Hampshire, which are not already on line, with FHS-Online and TheGenealogist (S & N). We looked at various different online sites and felt that S & N were able to offer us a very fair deal. Furthermore they are a British company with whom we have had a very good relationship for over 20 years.”

Mark Bayley, Head of Online Development at TheGenealogist, welcomed Hampshire Genealogical Society to the growing number family history societies on both TheGenealogist and FHS-Online saying: “We’re delighted that HGS chose to publish their records through TheGenealogist and FHS-Online. This release adds to the ever expanding collection of parish records on both websites. These partnerships help societies boost their funds whilst bringing their records to a much wider audience, through online publication.”

This release joins TheGenealogist’s already published Hampshire parish records, sourced from the Phillimore Registers, and soon we will also be adding further transcriptions that will fill in any gaps to provide an even more comprehensive coverage of this important county.

If your society is interested in publishing records online, please contact Mark Bayley on 01722 717002 or see fhs-online.co.uk/about.php

Example: The last Briton to die in a duel on English soil.

James Alexander Seton was the last British person to be killed in a duel on English soil and he is buried in his family’s vault at St Mary’s Fordingbridge, Hampshire. 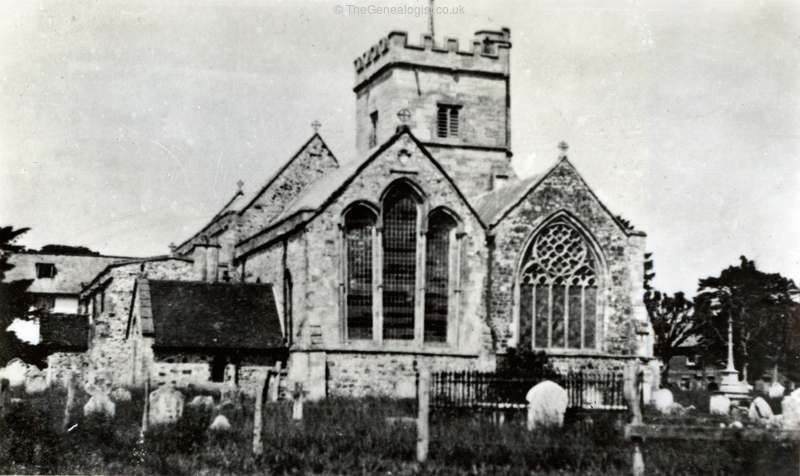 St Mary’s, Fordingbridge, Hampshire from the Image Archive on TheGenealogist.

During the early 1840s James Seton, and his wife Susannah, rented some rooms in Southsea on the outskirts of Portsmouth, Hampshire. Seton was a man of means, inheriting wealth, and so had no need to work. The son of a Colonel, he had spent a brief spell in the Army as a junior cavalry officer though his short career never found him being promoted any higher than the rank of cornet. The Setons were of Scottish ancestry, their forebears being descended from the Earls of Dunfermline and Seton’s grandfather was Vice-Admiral James Seton, governor of St Vincent in the Caribbean.

In May 1845 James Seton met Isabella Hawkey, whom he set about pursuing even though he was a married man. She was the wife of Lieutenant Henry Hawkey, an officer in the Royal Marines. When the coast was clear, and her husband was away, Seton began paying visits to Isabella at her lodgings bearing gifts. Lt. Hawkey began to hear the rumours of this and forbade his wife from seeing Seton again. On 19 May 1845, however, there was a ball held in the King’s Rooms, Southsea, which the Hawkeys as well as James Seton attended. When Isabella danced with Seton this caused a quarrel in which Lt. Hawkey called Seton a “blaggard and a scoundrel”. Having been insulted by this, Seton decided to challenge the Royal Marine Officer to a duel. The next evening, on the beach at Browndown near Gosport and after the seconds had measured out fifteen paces, the duelists took their pistols and fired. James Seton’s shot missed his opponent; Henry Hawkey’s pistol was half-cocked and failed to fire. Under the rules of dueling, that could have been an honourable end to it but Lieutenant Hawkey insisted on a second exchange of shots and this time Seton fell when he was struck by a bullet entering his lower abdomen.

Suffering from his wounds, the wounded man was taken by boat to Portsmouth where he was operated on by the eminent London surgeon Robert Liston. The surgery at first appeared to go well, but then infection set in and Seton quickly went downhill. He died of his injuries on 2nd June 1845 and was buried eight days later. His funeral procession through the town saw most of the shops closing in respect and he was laid to rest in a tomb outside the east front of the church next to his father. A search finds his burial on the 10th June 1845 in the Hampshire records on TheGenealogist. 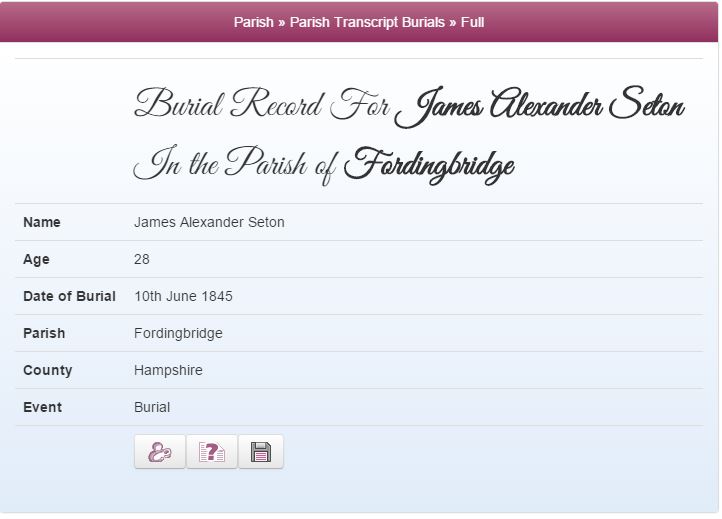