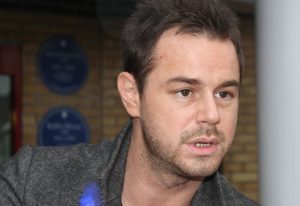 I watched the first programme in the new BBC series of Who Do You Think You Are? with a certain amount of extra interest this week. As the show revealed that the cockney actor, who plays the landlord of the Queen Vic in East Enders, was  descended from Albert Buttivant I became a bit concerned when Danny Dyer started talking about French ancestry.

You see, I was involved in putting together the article for TheGenealogist website, which you can read here.

Our research had not traced Albert Buttivant, the one time inmate of the Old Town Workhouse, back to France and so I wondered where the show was going! Imagine my relief, as our article had already been published on TheGenealogist’s website, that the programme quickly got back on course and identified the line to be the same as the one that we had found back to East Anglia.

I watched nervously as they made the same connection as we had to the landowning ancestor named Robert Gosnold (1587-1633), a member of the landed gentry with a coat of arms. It is the Gosnold family connection that gives Danny a gateway ancestor into blue blooded forebears via Thomas Cromwell. The self taught lawyer who had risen from being the son of a blacksmith to be the Chief Minister to Henry VIII only to lose the king’s favour and end in execution on Tower Hill.

As we had guessed correctly – the marriage of Thomas Cromwell’s son Gregory to Elizabeth Seymour, sister of Jane Seymour and Henry VIII’s third wife, was Danny Dyer’s link to royalty. We knew that this was where the programme would be heading, as it had been widely trailed in the press in the days before; but it just goes to show how many of us mere common people could possibly find a drop of diluted royal blood in our own ancestry if we looked far enough back and had a spot of luck.

What the programme didn’t tackle, however, is the strength of the Seymour’s claim to royal blood and with it Danny Dyer’s claim. It is through Jane and Elizabeth’s mother, Margaret Wentworth, that a descent from the blood-royal of England was maintained by the family. The assertion is that it flows in their veins from an intermarriage between a Wentworth and a supposed daughter of Sir Henry Percy (1364–1403), known as Harry Hotspur, who was the eldest son of the 1st Earl of Northumberland. Hotspur had married Elizabeth Mortimer, grand-daughter to Lionel Duke of Clarence the third son of King Edward III of England. 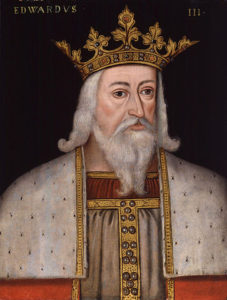 At the time of Jane Seymour’s marriage to Henry VIII few people would have dared to dispute a pedigree with the king and he was convinced that his bride was a royal cousin. In the TV episode Danny’s pedigree was presented on a beautiful scroll by a Herald from the College of Arms, who is an expert in the oldest families of the realm. So it does make me wonder, is that a line drawn under that particular dispute then?

To read our article on Danny Dyer’s ancestors go to TheGenealogist.co.uk

Or to read another account about Danny Dyer see: http://www.timedetectives.wordpress.co