This week the team over at TheGenealogist announced the completion of thier project to release fully searchable Norfolk Parish Records online. For anyone with ancestors from this county this is brilliant news.

TheGenealogist has successfully completed a project to release over 9.8 million fully searchable records for the registers of baptisms, marriages, marriage banns and burials for Norfolk with images of the original registers.

It is now easier than ever to research Norfolk ancestors in the parish registers of this Eastern English county. With some of the surviving records reaching back as far as the early 1500s, this is a fantastically rich resource for family historians to use for discovering Norfolk ancestors.

Examples of famous people to be found in these records include:

Edith Cavell, the First World War Nurse executed by the Germans for treason was born in the South Norfolk village of Swardeston. Her baptism can be found in the register of Swardeston for February 1866 where her father was the vicar and performed the christening ceremony. With a single click family historians can see an image of the actual entry in the parish register.

Likewise, Horatio Nelson – who would grow up to become perhaps Britain’s best known naval hero of all time – was also baptised by his clergyman father. In Nelson’s case it was in the the village of Burnham Thorpe on the North Norfolk coast in 1758.

Another British seafaring hero, whose baptism can be found in the Norfolk parish records on TheGenealogist, is Henry George Blogg. He would grow up to become known as the “Greatest of the Lifeboatmen” and be highly decorated. In his case, however, it was not his father that baptised him. His entry in the register reveals a less than auspicious entry of this Norfolk hero into the world – the vicar wrote in the parish register of Cromer that Henry was “base born”. Blogg, however, became a skilled seaman and a lifeboatman. For the many rescues, that he took part in as the coxswain of the Cromer lifeboat, he was awarded the gold medal of the Royal National Lifeboat Institution no less than three times and also the RNLI silver medal four times. He was also honoured with the George Cross from the King, the British Empire Medal, and a series of other awards. 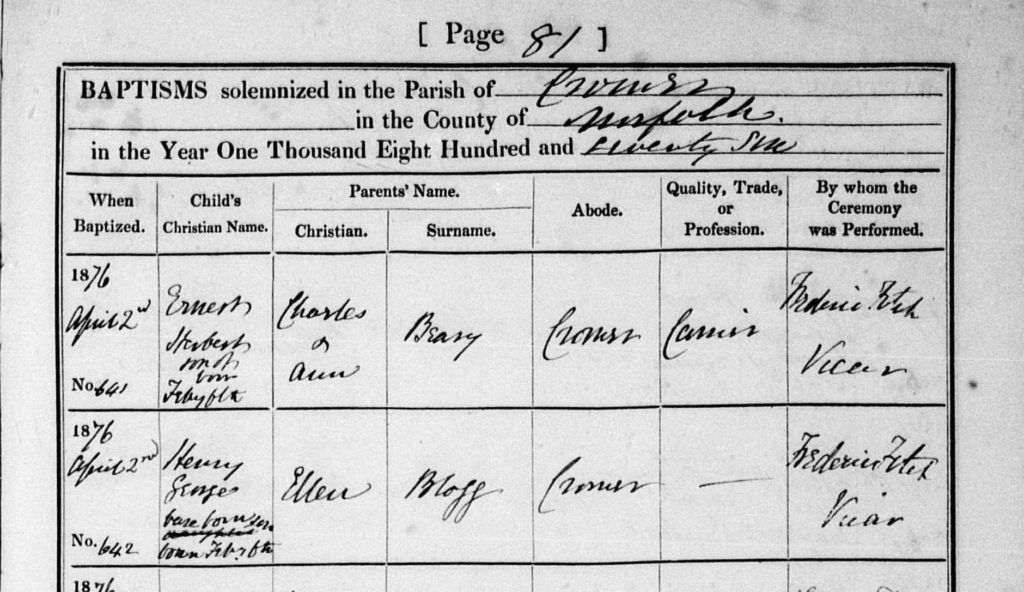 Five years after his birth, Henry’s mother, Ellen Blogg, married a fisherman called John Davies. It was this stepfather that taught Henry how to fish and the skills that he needed to be a highly competent seafarer. The marriage banns for Henry’s mother and stepfather can be found in the Banns book for the parish, within the new records on TheGenealogist. Their actual marriage can also be found recorded in the parish register for Cromer included in this new release. See the records at: www.thegenealogist.co.uk 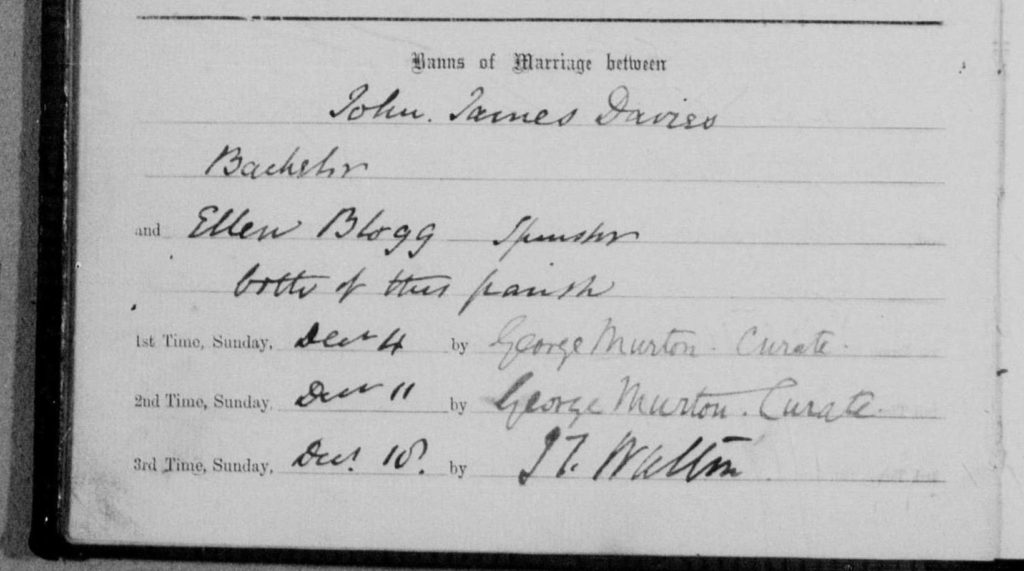 Banns of Marriage records from the Norfolk Parish Registers on TheGenealogist

To search these any countless other useful family history records take a look at TheGenealogist now!