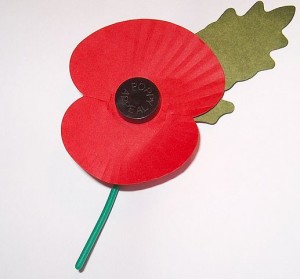 I have spent a very unusual Remembrance Sunday reading through some pages that my father has written about his war time experience in the Merchant Navy and meant for his extended family.

As his eyesight is not so good these days he had asked me to edit his “yarns”, as he refers to them and then email them back to him.

I found it a fascinating and moving way to learn more about his time at sea, when every voyage could have been ended by a mine going off, a torpedo from a U-boat, or the bomb dropped by a Nazi bomber.

His ship was a lucky one, surviving the war; but he could so easily have been posted to one of those that did not.

Dad turned 90 this year, but back in 1942 he was a 17 year old serving on board the Defensively Equipped Merchant Ship, The Dominion Monarch as she sailed the high seas in convoy moving troops to Europe and transporting cargo such as New Zealand and Australian Butter back to Britain and Gold bars from New York to Liverpool!

Defensively Equipped Merchant Ship (DEMS) meant that this former liner had been given Anti-aircraft guns, a 5″ gun on the stern, plus some other smaller guns. She boasted a rocket device that was supposed to fire wires to entangle any Junkers dive bomber that tried to drop a bomb on the ship. She had paravanes, designed to be towed on either side of the bow when approaching a mine field and a de-gauzing cable all round the perimeter of the ship, the purpose of which was to counter the Germans magnetic mines which sat on the bottom waiting to be triggered by the magnetic field of the ship passing over.

As a civilian Merchant Navy ship the Dominion Monarch was given a contingent of 20 Royal Navy sailors to man the stern gun and some of the smaller armaments, while there was another 20 personnel from the army on board for the Ack Ack guns.

The use of most of these devices my father is very sceptical about in his writings. I can not imagine the danger that his generation lived with during this time. It is for those who did pay the ultimate price that I am wearing my poppy with pride. Click here to go to the Royal British Legion website and donate

I have to say that I have learnt more about my father’s war time experience this Sunday than I have ever known before.

The lesson for family historians is to listen to your family’s stories and collect as much as you can from your senior generations while you are able to as these “yarns” add colour to our family history, more than just a dry set of names and dates do.