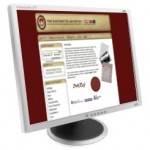 If you are having problems researching your family tree then maybe you can learn something from my experience here. I had got nowhere with this ancestor’s birth, marriage or death – on or off-line – then a chance visit to a Family History Website and an hour or two looking at the transcripts and a brick wall in my family history research came tumbling down! This, together with thinking of spelling variations of names, opened up a new line to me.

My paternal line in Dartmouth, Devon, UK has always been a bit frustrating once the census records ran out in 1841. This being the earliest English census on-line after which I had to start looking at parish records. I had worked out that my three times great-grandfather was called John Thorn and from the information given in the census collections I knew that he had been born in about 1795 and his wife, Elizabeth, in about 1798.

As a member of The Society of Genealogists in Goswell Road, London EC1. I knew that they’ve the largest collection of Parish Records in the country on microfiche. They’ve also got some transcripts of parish registers in the library.

Unfortunately Dartmouth parish records were not microfilmed, but a selection of Devon Family History Society booklets of the marriages of some of the churches in the town, including St. Saviour’s, were available. Scanning one book for any likely ancestors I noted down that on 13 April 1817 a John Thorn married an Elizabeth Sissell. With this tentative lead, I hit the Internet. I was looking for any evidence that this was the marriage of my ancestors. I opened the Dartmouth-history.org.uk website of The Dartmouth Archives and found that this voluntary organisation had a very comprehensive family history section with transcribed baptisms, burials, marriages and census records. I could read the very same details, as I had seen in London, on this niche site. The information began in 1586 and ran to 1850! There was the marriage of John to Elizabeth and this time I noticed that the witness were given as John Adams and Sunass (sic) Sissell. I assumed that this last person was a member of the bride’s family and perhaps was her father, but the name Sunass caused me concern as it didn’t seem very likely and I guessed it couldn’t be read properly by the transcriber.

After doing family history for a few years now, I’m aware that names can be transcribed incorrectly. Perhaps written down as the transcriber had seen them (as best practice dictates) and not changed to conveniently fit in with what is consider to be correct. I wondered if both the first name and the second had not been written down by the person in question, as they may well have been illiterate. When you come to do your own research you should bear in mind this point. The minister may have interpreted the name as he had heard it spoken to him and so in this case “Sissell” could possibly been “Cecil” or something entirely different. As for Sunass – at this point I hadn’t got a clue what that could have been!

There were no early enough christening records for John and Elizabeth on the Dartmouth Archives website, but I opened another browser and navigated to the Latter Day Saints (LDS) website or FamilySearch.org and here I did a search for Elizabeth’s christening and was lead to a baptism in one of the other churches in Dartmouth, St Petrox, on the 16 September 1878. The daughter of James and Sarah Sissill was one Elizabeth Gardener Sissill – and here I noted that the spelling had changed to Sissill with an “i” and not an “e”. This record made me wonder if the witness to Elizabeth’s marriage could have been her father “James” and this has been interpreted as “Sunnas” because a flowing “J” for James had looked like an “S” and the other letters had been misread as a “u” for an “a” and the double “n” as an “m”.

So what I am emphasising here is to be wary of names and the way they were spelt. Before more general levels of literacy among the public became the norm, our ancestors relied heavily on a clergyman writing down their names as they sounded.

This breakthrough is down to finding that Dartmouth has an active family history website and then using their indexes in conjunction with other Internet resources, such as the LDS site. I could then take the names and details further by looking for death certificates for John Branton Thorn and his wife Elizabeth Gardener Thorn, as they had died after civil registration of deaths took place in 1837. From here a physical visit to the Devon Record Office to see the parish records may be the next step.

The first lesson is that you should always look to see what other research may have been done, for the area your ancestors came from, and that is published on the Internet. If you find a family history society, or local interest group with a website, can any of their publications or website pages help you with your quest? Secondly, be aware of the misspelling of names and keep your mind open to possibilities. In my case I need to think of other spellings for the Sissells or names that may have sounded like Sissell in order that I may trace this line back further and break down the brick wall.