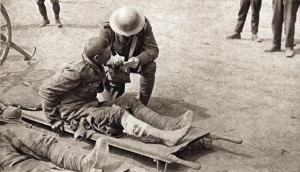 Great news from the team at TheGenealogist. You can now find records of injured First World War servicemen online for the first time.

Over 1.3 million records from daily and weekly First World War casualty lists have been released online by TheGenealogist. This vast collection of unique records cover all ranks to help you discover more about your injured ancestor’s wartime service.

The new records include career soldiers, volunteer Pals battalions, war poets and even a future Prime Minister, Harold Macmillan. The collection covers both those who died of their wounds and those who recovered and returned to the front.
The records are a great resource for finding out what happened to an ancestor during The First World War. Details include:- the name of the injured serviceman, his regiment and rank, the date he was registered as a ‘casualty’ and often his home town or place of enlistment.

The First World War affected people from all backgrounds who were bravely wounded in the line of duty. Daniel Laidlaw, a career soldier from Little Swinton in Berwickshire, re-joined the army aged 40 as a Piper in the 7th Battalion, The King’s Own Scottish Borderers , 15th (Scottish) Infantry Division.

At the Battle of Loos, troops of his battalion were ordered by General Douglas Haig to attack the heavily fortified German positions in their sector. The Scottish troops, facing a thick cloud of chlorine gas, were hesitating but Piper Laidlaw climbed out of the trench and under fire began playing his pipes to inspire the troops and they successfully resumed the attack. He was wounded in both legs but had carried on playing for as long as he could, his Casualty Record can be found on The Genealogist along with a SmartSearch link showing that Laidlaw was awarded a Victoria Cross for his bravery. 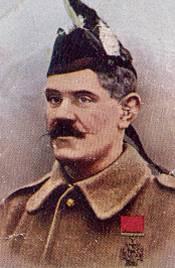 Mark Bayley, Head of Online Content at TheGenealogist comments: ”The sheer number of records in this latest release show how brutal The First World War was. Record keeping at the time must have been a real challenge, but thanks to TheGenealogist’s SmartSearch technology, when you find a casualty record, you can instantly see if other records, such as medals, appear on the site.”

The new 1.3 million records of the wounded are available as part of a Diamond Subscription.
To find out more about the ‘First World War Wounded Collection’ see the dedicated page on TheGenealogist.co.uk/ww1-wounded. There you will find photographs, stories, statistics and a free search facility.