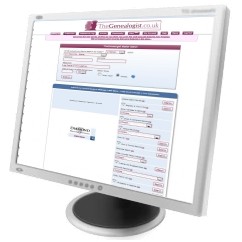 With Monday being the 100th anniversary of the start of the First World War there are many new records online.

With all the websites highlighting their records for the war that was meant to be “the war to end all wars” we have quite a choice.

So I was looking for something distinct to look at this week.

Luckily I’ve heard from the team at TheGenealogist about some new records that approach WWI from a slightly different angle.

These new records include both officers and other ranks, listing those men who endured the hardships and often brutal regimes as a prisoner of war. It’s an area of the Great War that is very rarely looked at.

The hardship and disease that became rife in the camps made many men look to escape. The Allied Officers, although held in slightly better conditions, also had an unwritten code that it was every officer’s duty to try to escape and many tried and failed.

The new release gives details of the Allied Officers behind the escape attempt at Holzminden Camp, near Hannover in 1918, where a tunnel was dug for 8 months using cutlery as digging tools. 29 men escaped, 19 were eventually caught but 10 got away and returned to England. Their daring escape inspired the prisoners in the famous ‘Great Escape’ of The Second World War.

Holzminden Camp held a number of high profile Allied servicemen. Conditions were harsh as it was used for the most troublesome prisoners, who made regular escape attempts. Prisoners listed on TheGenealogist’s records include Michael Claude Hamilton-Bowes-Lyon (The Queen’s Uncle), William Leefe Robinson (who shot the first German airship down over London and who was kept in solitary confinement for repeated escape attempts) and James Whale (future Hollywood Director of ‘Frankenstein’).

Mark Bayley, Head of Online Content at TheGenealogist, commented:
“Our new unique records are a great resource to track down those First World War ancestors. With our extensive range of military records it’s now possible to find out if your ancestor was a casualty or taken prisoner of war of if they were one of the lucky ones who made it through unscathed. With this being the centenary year of the outbreak of The First World War, it is the perfect time to explore your family tree and discover the war service of your ancestors.”