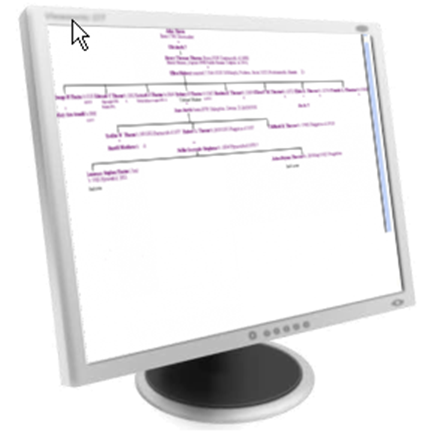 Using Different ancestor look-up sites give you more but beware of taking everything at face value!

I’ve touched on this subject in a previous post, but I thought I’d tell you about another time I found why it is so important to make use of more than one website when doing family tree research.

I couldn’t find a death record for one of my forebears on the freeBMD.org site or on Ancestry.co.uk and so I opened up findmypast.co.uk and typed in my man’s name into the search box.

I got a hit for him in the National Burial Index database that findmypast hosts on-line. Now this is not the recently launched 3rd revised edition that can be bought on CD from S & N Genealogical supplies, but is a previous edition that has not got as many names. I was lucky, however, that the ancestor I was tracing was there for the finding.

On the subject of revisiting past topics in my writings, there was the problem of transcribers getting an ancestor’s name wrong because they couldn’t read the handwriting. In this case my individual had an easy first name as well as a last, but his middle names were Scottish surnames used as middle names â€œWemyssâ€ and â€œFrewenâ€. On the findmypast website his first and surname were listed correctly, but one of his middle names had been mangled by the transcribers to Wernys. What I am advocating is to remember to include variants if at first your search provides nothing of value.

On the subject of using different websites I have also had some new leads come my way this week through my habit of publishing my family tree onto various platforms including Ancestry.co.uk and GenesReunited not to mention my own private family history website. Every now and again I will find a shared ancestor appears in someone else’s tree. This week I found a great-grandmother of mine appear as a sibling of another person’s direct ancestor. Now this maternal line I have yet to work on properly my self and so it was with some excitement that I found the research seemed to have been done for me.

But here is another warning revisited! When I looked at the contributors tree for the parents of my great-grandmother, my potential 2 x great-grandparents, I found that the owner of the family tree had include no less than three sets of mothers and fathers for the children, all of which had the same common first name for the father, but with different mother’s names! I imagine that it is a work in progress and they are yet to eliminate the incorrect couples, but if I had simply merged them into my own family tree then I would have imported these errors. What I intend to do, and urge you to follow as good practice, is to use these leads.