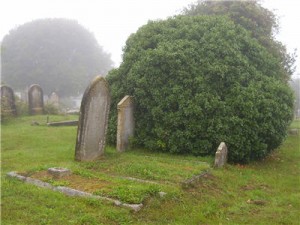 Many of us are keen to get on and fill out our family trees with generation after generation of ancestors. We can be in such a rush, to see how far back we can get with a direct line, that we so often ignore the siblings and others in the extended family.

We probably all know that there is a better way to understand our forebears lives. We really should try to include as many others in the family tree as our direct line ancestor usually didn’t live in isolation. They may have had any number of brothers and sisters, cousins, aunts and uncles, all of whom can help us ascertain who is the correct individual when we hit that problem of two John Smiths born in the same year in the same parish!

One way that we may come up against other family members is when they appear as informants to the registrar on the death of one of our ancestors.

Sometimes we may see names that we don’t recognise in the column, perhaps they are the married daughter whose surname now gives us a clue as to whom she married. Or we find our direct line ancestor’s address, as I did when he reported the death of his father to the registrar and the address he gave was different from the address listed in the census six years earlier. I could now see where he had moved to between the decennial census.

I know that we seem to be more naturally drawn to the births and marriages of people, but don’t ignore the deaths. When we are dealing with the period after 1837, in England and Wales and the GRO civil registration, it is so easy to make a decision not to order a death certificate based on the cost. But this can mean you’ll miss something. A death certificate can give us clues and more about our departed ancestor that we will not pick up elsewhere.

When I started out on this hobby I was told by a professional genealogist that I really must â€œkill off my ancestors!â€ I was unconvinced, but in the years since I have seen how correct this advice has been.

This week I bought a new family history book, written by Celia Heritage, to go in my library.

I have to say that I am thoroughly enjoying reading it for the great information that it provides. Tracing Your Ancestors through Death RecordsÂ  has showed me how to find, read and interpreted death records and also how to garner as much information as possible from them. In many cases, she argues, they can be used as a starting point for developing your family history research into other equally rewarding areas.

After reading chapter 1, I was then able to get a snap shot into my past family’s life from the deaths of my 3x great-grandparents and all from taking another look at their death certificates.

The husband died in 1866 in Charles Street, Dartmouth and his son reported the death having been “present at the death” meaning that he was in the house. The son (my 2x great-grandfather) gave his address as “Church Path, Dartmouth”.

When the wife and mother died in 1868, she died in the son’s house, in Church Path, but the informant, “present at the death”, was a lady whose address was in the street that the older couple had formally lived. I was able to go back to the census and see that they had been neighbours. Perhaps they were very close, who can tell?

So I am assuming that the son took his mother into his own house, from this. But that a friend, from around the corner, was looking after my 3x great-grandmother when she passed away and it was she who informed the registrar of the death. Now this paints a bit more of a picture, don’t you think?

Â Disclosure: Links to the book in this post are compensated affiliate links that may mean I get rewarded by the publisher should you buy the book.