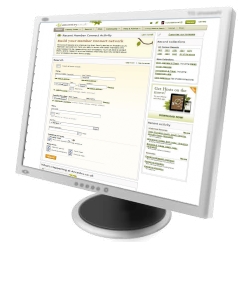 I see that Ancestry.co.uk has launched online Surrey Parish Records, 1538-1987, featuring more than two and a half million historic Surrey parish records in the most comprehensive collection of its type available online.

The records, the originals of which are held at Surrey County Councilâ€™s Surrey History Centre, detail baptisms, marriages and burials contained in Anglican parish registers, dating from 1538 to 1987.

Crucially many records in the collection pre-date civil registration, the government system established in 1837 to keep accurate accounts of citizensâ€™ births, marriages and deaths, making this collection a valuable resource for anybody looking to trace an ancestor living before the 19th century.

Analysis of these records reveals fascinating historical trends, for example that the number of marriages increased by almost 1,000 in 1915 compared to the previous year, as couples rushed to the altar following the declaration of the First World War. (The number of marriages was 2,727 in 1914, increasing to 3,710 in 1915.)

Included in the records are a number of famous Surrey residents, such as:

Other names of note who feature in the records include Vice-Admiral Robert FitzRoy, who captained Darwinâ€™s famous voyage around the world on HMS Beagle, Sir Barnes Nevill Wallis, inventor of the bouncing bomb used in the Dambusters Raid, and Jerome David Kern, one of Americaâ€™s most successful composers of musical theatre, who met and married his wife Eva Leale in Walton on Thames.

In addition, the Surrey roots of Academy Award-winning actors Sir Laurence Olivier and Kate Winslet can be traced in the collection. The baptism of Olivierâ€™s father Anglican Priest Gerard Kerr Olivier is recorded as taking place on 30th May 1869, 38 years before he welcomed young Laurence into the world in 1907, and the marriage of Winsletâ€™s third great grandparents Thomas Winslet and Priscilla Tasker on 7th December 1824 features in the records.

Also included are a number of interesting entries, such as a baptism record revealing one John William Hoakesâ€™ job as the â€˜Inspector of a Royal Lavatoryâ€™, and records of the marriages of the humorously named George East and Ellen West in 1895, and of Luke Sex and Sarah Eager in 1743.

Miriam Silverman, UK Content Manager, from Ancestry.co.uk comments: â€œSpanning half a millennium, these records are an invaluable resource for anyone looking to research the history of Surrey and its people â€“ including some of the countyâ€™s most famous literary and sporting residents.â€

â€œThese records have been added to our comprehensive collection of Parish records, featuring millions of records from the length and breadth of Englandâ€

â€œWe are delighted that Ancestry.co.uk is helping us to make Surreyâ€™s records so widely accessible for research. Thousands of people contact us each year seeking Surrey ancestors because they feel a need to understand their history, their family heritage, their place in their community.Â  The discovery of these roots is more than simple genealogical number-crunching; it teaches new research skills, it brings scattered families together and makes new friends and it increases knowledge and awareness of the communities we live in.â€

A free launch event for the digitised Surrey Parish Records 1538-1987 collection will be held on Saturday 6th July (10.30am â€“ 3:30pm) at Surrey History Centre in Woking, with Ancestry.co.uk staff on hand to answer any questions about the records and help people search the collection, and experts from Surrey History Centre, East Surrey Family History Society and West Surrey Family History Society available to answer your family history questions.Â  To book places on the presentations please phone 01483 518737 or email shs@surreycc.gov.uk