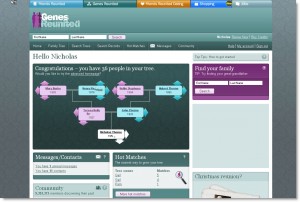 I see that some important changes that have taken place on Genes Reunited over the last few weeks. Â They have added another two key record sets namely: the 1911 and the 1881 census. The 1911 census is the most recent census set to be released and provides in depth details including the following:

Some other records that they’ve added include the overseas and military birth, marriage and death records. This is good for those of us that use this website as we are now able to discover information regarding the births, marriages and deaths of British relations that have taken place abroad since the late 18th century on this site.

See Â for your self at: Genes Reunited. Disclosure: Compensated Affiliate.