I got a Press Release today from Find My Past that I find really interesting.

Its about a new set of criminal records they are publishing on their site and I wanted to share this with you as soon as possible! 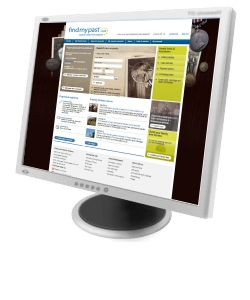 2.5 MILLION CRIMINAL RECORDS TO BE PUBLISHED ONLINE FOR FIRST TIME

FIND ANY VILLAINS OR VICTIMS LURKING IN YOUR FAMILY HISTORY

The biggest collection of historical criminal records from England and Wales is being published online for the first time by leading family history site www.findmypast.co.uk in association with The National Archives.

Over 2.5 million records dating from 1770-1934 will be easily searchable and provide a wide variety of colour, detail and fascinating social history, chronicling the fate of criminals ranging from fraudsters, counterfeiters, thieves and murderers and their victims.

They contain mugshots, court documents, appeal letters, examples of early Edwardian â€˜ASBOsâ€™- where habitual drunks were banned from pubs and entertainment venues â€“and registers from the prison â€˜hulkâ€™ ships, which were used when mainland prisons were overcrowded. One such hulk, the â€˜Dolphinâ€™, housed 6,000 prisoners between 1829 and 1835.

There are details of Victorian serial killers including Amelia Dyer, who, between 1880 and 1896, is believed to have murdered 400 babies by strangling them with ribbon and dumping them in the Thames. She was hanged at Newgate Prison in 1896 aged 57.

Another particularly gruesome murderer who appears in the Crime, Prisons and Punishment records is Catherine Webster, who killed widow Julia Martha Thomas, 55. She pushed her down the stairs, then strangled her, chopped up her body and boiled it. Juliaâ€™s head was found in David Attenboroughâ€™s garden in 2010.

Debra Chatfield, a family historian at findmypast.co.uk , said: â€œWe have been eagerly anticipating the launch of these records that provide an amazing opportunity to trace any villains and victims in your own family.

â€œThe newspaper articles that are available on findmypast.co.uk provide unparalleled detail and show how the crimes were reported when they were committed. This supplements the new criminal records and makes searching through as enjoyable as it is easy, whether you are researching your own family history or are interested in social history.â€

Paul Carter, Principle Modern Domestic records specialist at The National Archives added: â€œThese records span several government series and show the evolution of the criminal justice system in the nineteenth century as the country dealt with the impact of industrialisation, urbanisation and population growth.

â€œThey record the intimate details of hundreds of thousands of people, beginning with judgesâ€™ recommendations for or against pardons, to petitions through which criminals and their families could offer mitigating circumstances and grounds for mercy, and later, licences containing everything from previous convictions to the state of a prisonerâ€™s health.

â€œAs well as the Georgian highway robber, the Victorian murderer and the Edwardian thief, the courts often dealt with the rural poacher, the unemployed petty food thief or the early trade unionist or Chartist. The records are a fascinating source for family, local and social historians.â€

The information in the records comes from a variety of Government departments including the Home Office, Prison Commission, Metropolitan Police, Central Criminal Court and the Admiralty. The records from 1817-1931 will be published first followed by the period 1770-1934 in the coming months.

The Crime, Prisons and Punishment records will also be available online at findmypast.ie, findmypast.com and findmypast.com.au as part of a World subscription.

Take a look now at this link: